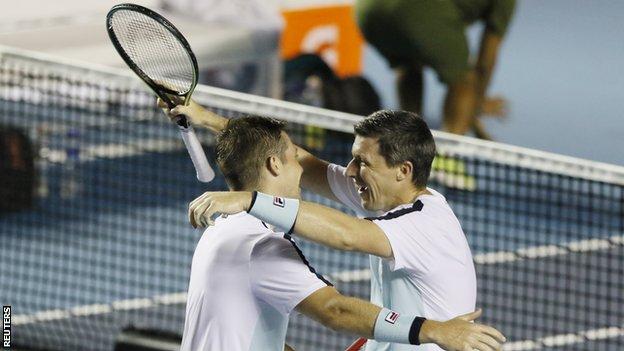 The brothers converted both break points they created to seal a 7-6 (7-3) 6-4 victory over the top seeds.

It is their third title together and first since 2019, having briefly split before reuniting this season.

"It's been a long road since we sort of broke up and got back together. It's a magic moment," said Ken Skupski.

Zverev struggled early on, finding himself 4-1 down and having to save three break points that would have made it 5-1.

However, the German soon rediscovered his composure to win five straight games and take the set.

The second set was much closer, with the first eight games going with serve before Zverev broke to take a 5-4 lead, only for Tsitsipas to break straight back.

Tsitsipas then saved six break points to force a tie break, where Zverev converted his third match point to seal the win.