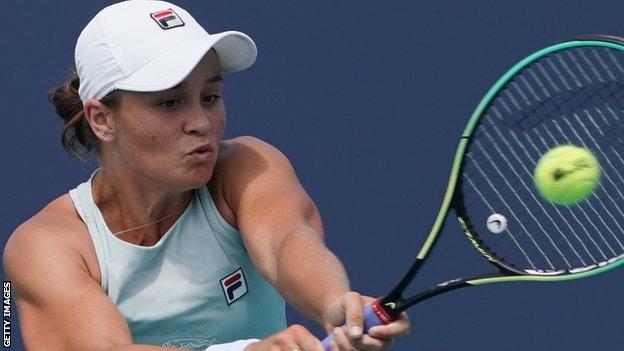 Barty, who had to save a match point in her opening Miami Open match, will remain as world number one after reaching the semi-finals

Barty, 24, saved all seven of the break points she faced in the match.

"That was the best level I've played for a long time, especially for a sustained period," said Barty.

She is the first player to reach the last four, where she will face Ukrainian fifth seed Elina Svitolina or Latvia's Anastasija Sevastova.

All of Tuesday's ATP and WTA results/matches at the Miami OpenOsaka extends winning streak in MiamiAlerts: Get tennis news sent to your phone
Source