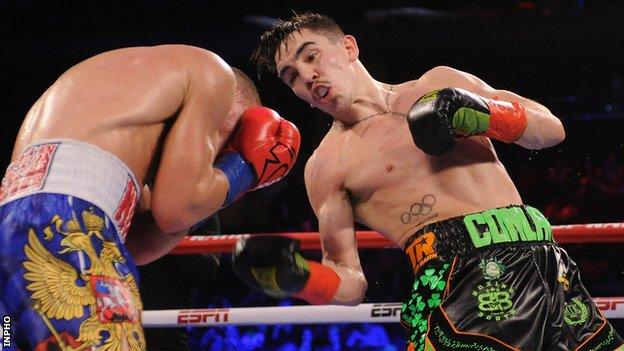 Michael Conlan has vowed to put on an "explosive display" against Romanian Ionut Baluta in London on Friday in his first bout as a super-bantamweight.

Baluta, 27, has beaten Irish fighters David Oliver Joyce and TJ Doheny but Conlan will be fancied to record his 15th straight professional victory.

"I'm going to put on a devastating performance, get the victory and announce myself in the 122lb division."

Conlan has opted to move down from the featherweight division in the belief that it will boost his chances of securing a prized world title. 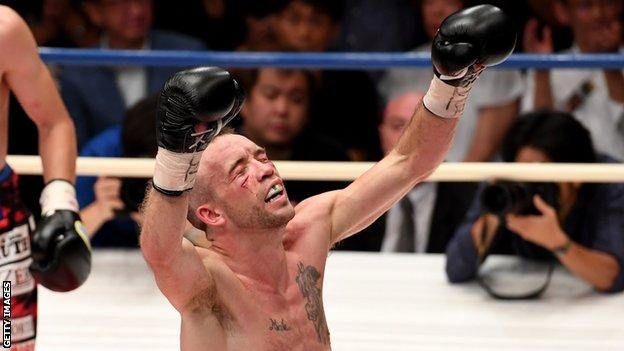 Conlan faces Baluta in London on the undercard of the IBF flyweight title fight between Moruti Mthalane and Sunny Edwards.

Despite his confidence, the Northern Irishman insists he is not underestimating his Romanian opponent whose wins over Joyce and former IBF super-bantamweight champion Doheny have come in his past two contests.

"But everything he can do, I can do 10 times better. I believe I'm the better fighter so I'm looking forward to going out there on Friday night and showing that."

The Belfast fighter believes a world title fight will be "imminent" after he takes care of Baluta.

"Whether it's the next one or the one after, I believe it will be this year. There's loads of doors open to me at 122lbs.

"I don't feel like I need to make a statement in any kind of way, but I just want to do it.

"My mandatory position after this fight will be solidified, so I'm not worried about how I do it. I want to go out and make a statement, hurt this guy and take him out."

Top Rank boss Bob Arum has indicated that WBO super-bantamweight champion Stephen Fulton is Conlan's most likely world title opponent in the autumn while the Belfast man could have a summer fight on home turf prior to that.

Fulton is scheduled to fight the winner of the upcoming clash between Luis Nery and Brandon Figueroa in September.