Michael Holding: “What this England [cricket] team are doing now with this ‘moment of unity’, that is not supporting Black Lives Matter. What you are doing there is, when I say, ‘black lives matter’, you are telling me ‘all lives matter'” 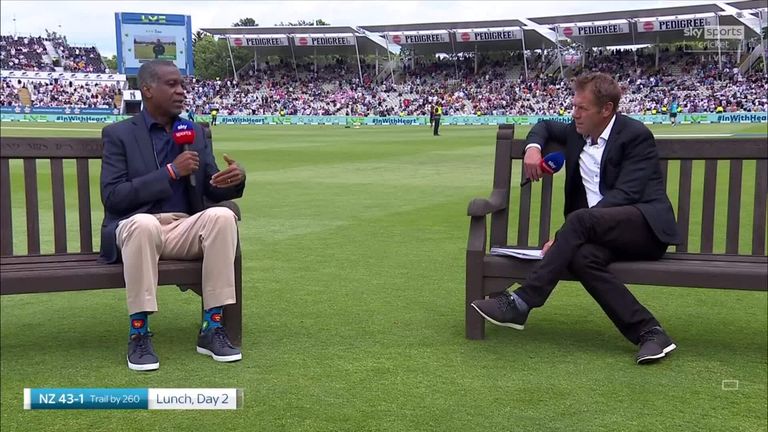 Michael Holding chats to Ian Ward about his new book, his experiences with racism and the importance of continuing to take the knee

Michael Holding has applauded Gareth Southgate’s England side for continuing to take a knee before matches, despite taking criticism from some quarters for doing so.

Holding, whose comments last year on George Floyd’s death and the Black Lives Matter movement went viral, said he believes “progress is being made” in the fight against racism but was also critical of the England cricket team’s move towards a ‘moment of unity’ ahead of play this summer rather than taking a knee.

Holding, who has written a new book ‘Why We Kneel, How We Rise’, which he says aims to “educate people” on the issue of racism, told Sky Sports: “The footballers, Gareth Southgate and the England team, I applaud them for what they’re doing.

“They are getting a lot of stick for taking the knee, they’re getting booed, but they are showing some backbone.

“They are showing some intestinal fortitude. They’re saying ‘we’re doing it because we know what we’re doing – not for a political movement, we’re doing it for humanitarian reasons’.” 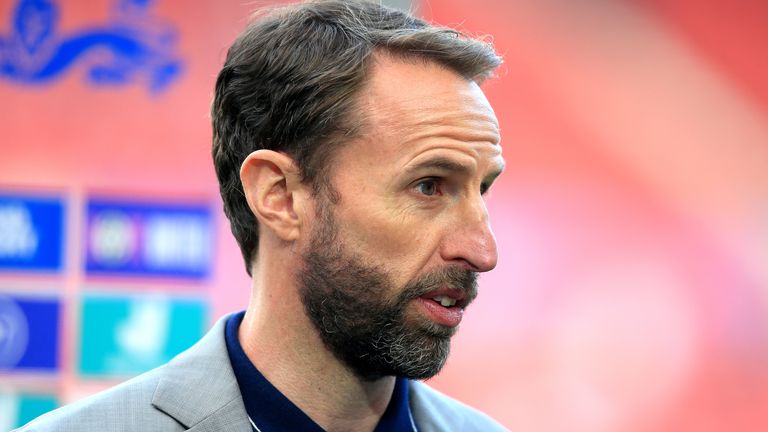 Gareth Southgate says his England squad will continue to show their unity and take a knee during the Euros despite boos in their last two international friendlies.

Holding added: “What this England [cricket] team are doing now with this ‘moment of unity’, that is not supporting Black Lives Matter.

Reflecting on his comments made last year in the wake of Floyd’s death and the subsequent Black Lives Matter protests, Holding said the day “changed so much about me and my life”.

“I didn’t expect the reaction I got, to be honest, from all over the world. I got so many positive messages people, on what they heard me say – and how I said it,” he added. 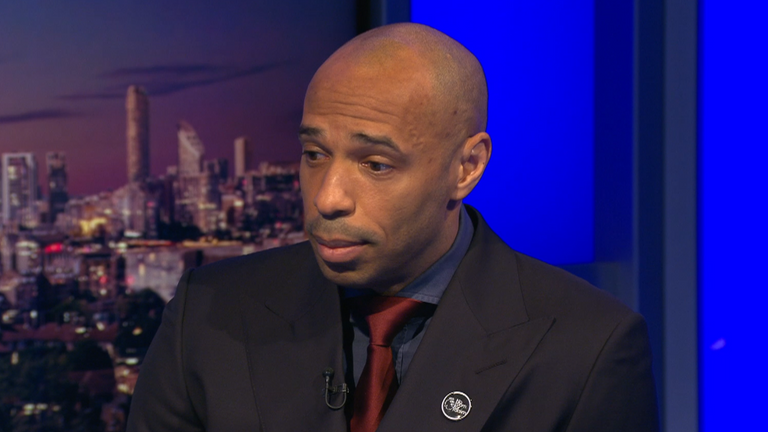 “I got calls from so many people. One of them was Thierry Henry. I’m a big admirer of him, I love football and he is a master.

“When I heard that he wanted to speak with me, it shocked me initially, but then we had a good, long chat. He said, ‘Mikey, we have to keep on talking and do more’.”

Holding believes progress has been made in the last year, albeit slowly, but echoed a sentiment that his mother used to repeat to him as boy, which also ends his book, that “we’ve got a chance”.

“I would love to have seen a lot more progress here in this country – I want to see this country really take a firm grip of the situation,” said Holding.

“I’m very disappointed with people saying BLM is Marxist, they wouldn’t even know what Marxism is or what it stood for – but they tell you that because they are trying to pull down Black Lives Matter.

“I’m never going to talk about any political movement. I care about the three words: Black Lives Matter.”

He added: “[We’ve got a chance] That is an expression my mother used with me when I was a kid. I see we have a chance, because I see movement.

“It is slow, yes, but I don’t expect huge strides. As long as we’re moving in the right direction, I’m happy with that, and I definitely see movement.”