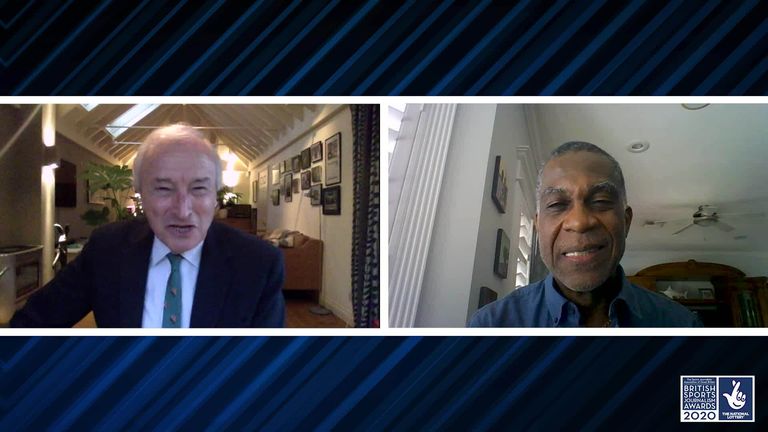 Michael Holding has won the Sports Journalist Association (SJA) Award for Best Pundit in 2020 at the SJA Awards and Sky Sports won the Sports Network of the Year category.

The Sports Pundit award, which is decided by an SJA Members’ vote, was given to former West Indian pace bowler Holding for his powerful testimony about racial injustice in the aftermath of the death of George Floyd, on Sky Cricket’s coverage of England against West Indies in July 2020.

Alongside Ebony Rainford-Brent, a nominee in the same category, Holding delivered an emotional and impassioned plea for an end to institutionalised racism through meaningful change in society as the pair reacted to the death of Floyd in police custody in Minnesota.

In his acceptance speech, delivered via video at the awards ceremony hosted online due to Covid-19, Holding said: “It is something that has been in me and in my head for many, many years.

“People don’t understand what it is like to go through life and always thinking that people think less of you than what you think of yourself.

“It can be a little bit tiring and when I got that opportunity it just came spilling out.”

Asked by host Jim Rosenthal if he thinks that 2020 will be a pivotal year for change in social and racial equality, Holding answered: “I believe so and I hope so.

“If you just look at the protests on the road and look at the faces of the people that were on the road. I saw a Swedish women’s football team take a knee before a game, so it is going all over the world that people are recognising that things need to be done, and it’s about time it did.”

Meanwhile, Sky Sports edged out BT Sport and Talk Sport to win the Sports Network of the Year award and Sky Sports News and Digital picked up the award for the Special Sports Edition category for the online article, accompanying video and social coverage of “George Floyd 100 Days On: How Sport Has Fought For Change”.

Holding was joined as a Sky Sports winner on the evening by NBA Heat Check presenter and Sky Sports News reporter and presenter Jaydee Dyer in the Ones To Watch – On Air category.