Brown was sent off for standing on the head of Wasps hooker Tommy Taylor at Twickenham Stoop on May 9, resulting in a suspension that rules him out of the rest of Quins’ season; independent disciplinary panel dismissed attempt to have the sanction reduced. 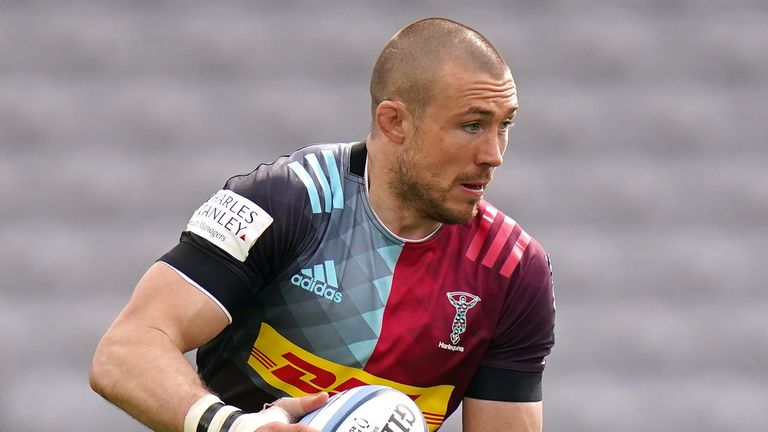 Mike Brown’s Harlequins career is over after his appeal against a six-week ban for stamping was unsuccessful.

Brown was sent off for standing on the head of Wasps hooker Tommy Taylor during the 48-46 Gallagher Premiership win over Wasps at Twickenham Stoop on May 9, resulting in a suspension that rules him out of the rest of Quins’ season.

An independent disciplinary panel on Wednesday night dismissed his attempt to have the sanction reduced, meaning the Newcastle-bound 35-year-old has played his last game for the club he first represented in 2005.

Quins are poised to claim a place in the Gallagher Premiership play-offs with three rounds of the regular season remaining. Even if they reach the final, England’s most-capped full-back will be unable to take part.

“The appeal was dismissed,” read a statement from the panel released by the Rugby Football Union.

The original hearing decided that the accidental stamp warranted a high-end sanction of 12 weeks which was reduced to six because of his unblemished disciplinary record and admission of guilt.

“It’s really unfortunate that it’s turned out in this way. The best respect and the best thing we can do for Mike is to do the best we can,” said Quins attack coach Nick Evans on Tuesday.

“The first job is to beat Bath on Saturday and take it from there. If we could send him off in unbelievably incredible style then that’s what we’ll try to do.”

The 35-year-old has made 242 appearances for Quins since 2006 and is departing the club after failing to secure a new contract.