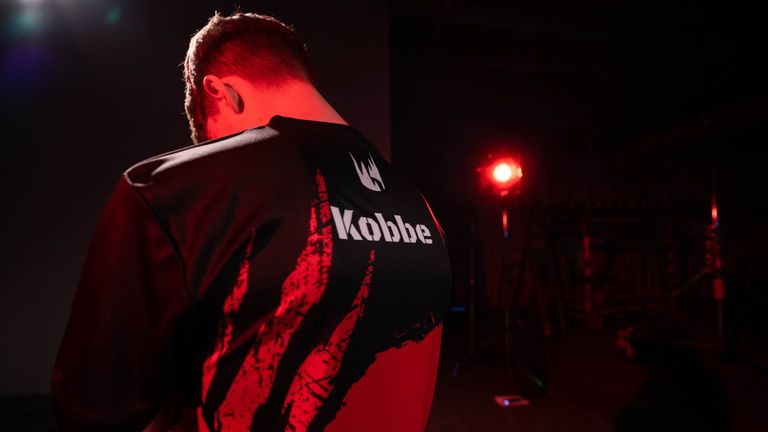 Kobbe is back in the LEC after spending a Split in the North American LCS (Credit: Misfits)

Misfits’ Kasper ‘Kobbe’ Kobberup says he feels appreciated again after returning to the LEC amidst TSM roster drama and advises younger European players to avoid moving to NA too soon.

Misfits came away with a 1-2 record in the opening weekend of the LEC after narrowly losing to Fnatic on Kobbe’s debut and beating Origen on Day Three.

Kobbe, who revealed on the Post Game Lobby broadcast that he was in a ‘dark place’ after TSM decided to replace him with Doublelift but the talented AD Carry told us there were also positives to take away from his daunting experience.

He said: “I learned a lot about myself. Just having the perspective now of how things work and different regions is a real positive.

“I really didn’t feel appreciated over there compared to here in EU where I feel really appreciated both in my team and just in general. That’s not something I really had in NA, even on the outside people were shitting on me at every opportunity. Obviously it wasn’t everyone, I had some support from TSM fans but it’s not like the way EU makes me feel.

“I’ve learnt a big lesson and I’m glad I am able to have this perspective now.”

Historically, the North American League of Legends scene hasn’t been as competitive to some of the other regions and Kobbe, who drew from his own experience, has some advice for players who are looking to potentially move there. 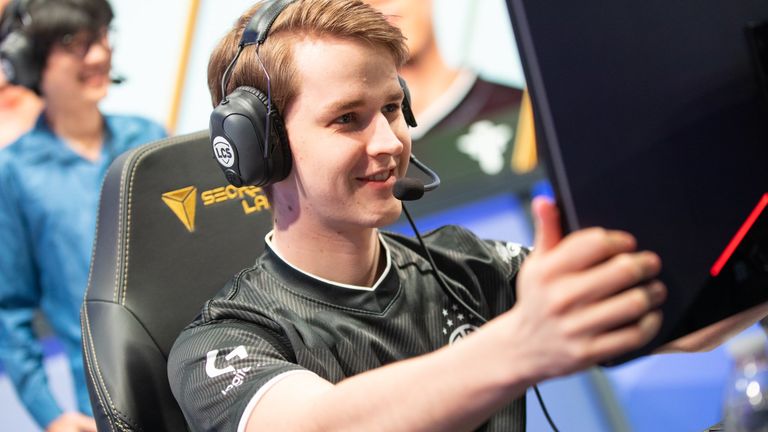 Kobbe was replaced by Doubelift at TSM after just one season (Credit: TSM)

He said: “I think for younger players, I would not personally suggest moving to NA. I guess I’m not young or old, I’m sort of in the middle, maybe some people see me as old in esports. I was talking to many of my friends and other players, a lot of people thought it was too early for me to go to NA. I kind of agree because I didn’t realise the impact of being there. You actually stop improving as a player, at least that’s what I felt due to lack of competition in solo queue and all these things.

“Of course it depends on what you want. If you’re looking to improve, get better and have competition in general, just stay in EU. I mean people tend to go when they’re older – you see this with the Korean players who have already won a lot. They go to NA, maybe they want to make some m oney, which was not really the case for me. The only reason I went was because I felt like I can join a team that could be number one and in EU I didn’t really see the same potential.”

The circumstances surrounding Kobbe’s departure from TSM has also lead to a lot of online discussion and memes, something that the 23-year-old also sees as a positive.

“I think it’s fun, I’m just happy there’s a lot of positive support and I guess in a way it’s still good because whether it’s bad or good publicity, at least people care about me you know? Actually, being there for one split and coming back just showed me that people actually cared a lot whereas one or two years ago, I feel like people didn’t really consider me for anything or didn’t care about me too much – so I guess that’s good.”

Despite the cruel fashion and the hardship Kobbe struggled, when asked if he’d secretly hope TSM don’t do as well without him and see that they made a mistake, Kobbe responds with class and composure.

He said jokingly: “I mean, of course, I’d be lying if I wasn’t thinking about that. I like the players especially Broken Blade so I want the best for them but in general, if they kick me of course I want them to do worse without me right?”

Moving to Misfits also meant that Kobbe would be playing with a new Support, trading in Biofrost for rookie player Doss. Despite having somewhat of a shaky start, Kobbe is full of praise for his new lane partner, comparing him to G2 Esport’s Mikyx.

He said: “He has a lot of room to keep getting better, it reminds me of old times when I played with Mikyx when he was a rookie. There are some similarities there. I was also kind of a rookie when I played with Mikyx and now I’m older, I feel like if I was more mature at the time I could have helped him so much more – that’s something I’m looking to do with Doss.

“What really convinced me when it came to playing with Doss is that he was teaching me things which I didn’t really expect since I’ve been around for longer than him and it’s generally quite limited what you can learn from newer players. If I have a young support who can even teach me stuff about the game, that was a really big thing for me.”