Molly McCann: “There’s still fight in this old dog yet”; the 30-year-old Brit’s defeat to Lara Fritzen Procopio was her second in succession; McCann was consistently out-grappled by the Brazilian, who claimed her first win in the octagon at UFC Vegas 18 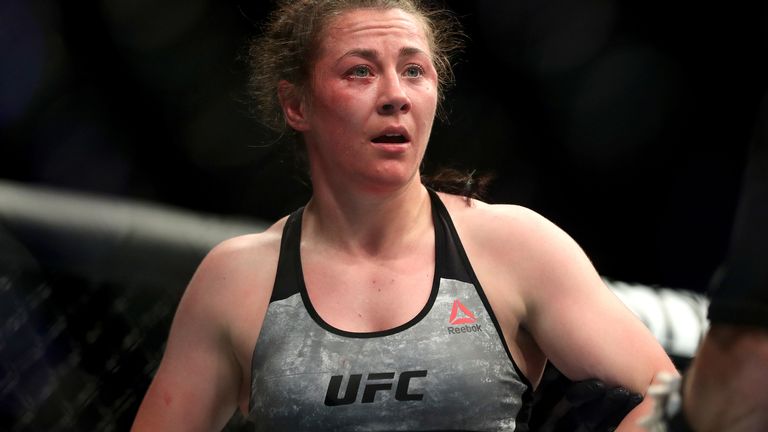 Liverpool’s Molly McCann had to scotch rumours she had retired after losing on the UFC Vegas 18 preliminary card to Lara Fritzen Procopio on Saturday.

McCann symbolically laid her gloves on the canvas after the flyweight contest, moments before judges awarded the flyweight bout to her Brazilian opponent by unanimous decision.

But the 30-year-old Brit was quick to allay murmurs from some onlookers that this was a sign of retirement, saying it was instead a mark of respect commemorating the birthday of her father Paul Pearson, who died before her UFC career began.

“I left the gloves in the cage for my dad. There’s still fight in this old dog yet,” she tweeted.

The loss was the second in succession for McCann, who had opened her UFC career with a 3-1 record.

While battling hard she was consistently out-grappled by the Brazilian, who claimed her first win in the octagon.

Before the fight, McCann had spoken of the inspiration she drew from her father’s memory, telling UFC.com: “I don’t stop because of him, and I know how hard he fought for each day, and I’m going to fight harder.

“Fighters draw from pain, and he always wanted to see me fight (in Las Vegas), so I have to do it for him.”