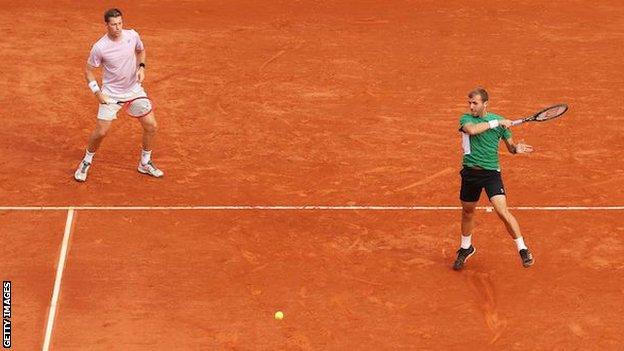 Britain's Dan Evans and Neal Skupski missed out on a maiden doubles title together as they lost the Monte Carlo Masters final to Croatian second seeds Nikola Mektic and Mate Pavic.

Playing in only their second tournament as a partnership, Evans and Skupski were beaten 6-3 4-6 10-7.

They lost the Miami Open final to Mektic and Pavic earlier in April.

The victory was the Croatians' fifth ATP Tour title from six finals and they have lost just three matches this year.

"We can't get you yet, but we'll keep trying," said Evans.

Until Tuesday, he had not won a tour-level match on clay in four years, but shocked world number one Novak Djokovic on his way to the last four.