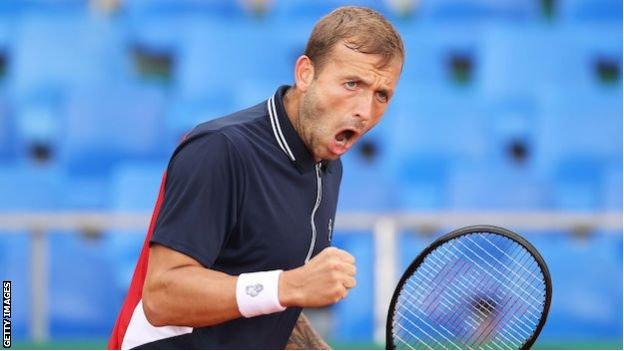 British number one Dan Evans will face Novak Djokovic in the third round of the Monte Carlo Masters after easing past Hubert Hurkacz in straight sets.

Evans, who sealed his first tour-level win on clay in four years on Tuesday, beat the Polish 13th seed 6-4 6-1.

Djokovic beat Italian teenager Jannik Sinner 6-4 6-2 in what was the world number one's first match since winning the Australian Open in February.

"It was a very good encounter," said the Serb.

"I thought it was a great first match [and] a big challenge for me. Jannik is in form. He played the final [in] Miami and has been playing well.

Djokovic, a two-time champion in Monte Carlo, is now 10 matches unbeaten in 2021.

He will play Evans for the first time in the third round after the Briton's win over Miami Open champion Hurkacz, who appeared to be struggling with illness.

"I am a bit more comfortable with the gap playing on clay than last year," Evans told Amazon Prime Sport.

"It has been a bit easier to move, I have been accepting it a bit more and enjoying it.

"I have been better in practice and getting on if I have not been playing so well."