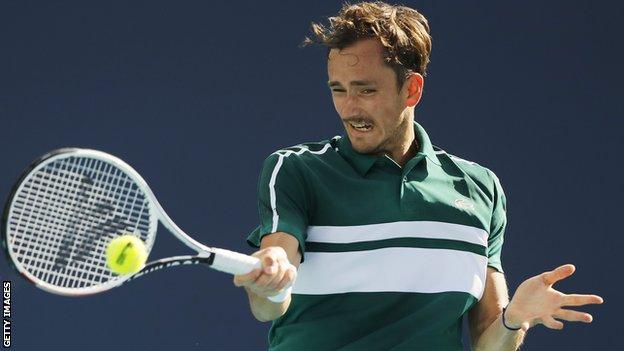 Medvedev reached the Australian Open final in January, where he lost to Novak Djokovic

The Russian has been placed in isolation and will be monitored by the tournament physician.

Second seed Medvedev had a first-round bye for the clay-court tournament, which began on Monday.

"My focus now is on recovery and I look forward to getting back out on tour as soon and as safely as possible," the 25-year-old said.

Live scores, results and order of playFrench Open delayed by a week
Source