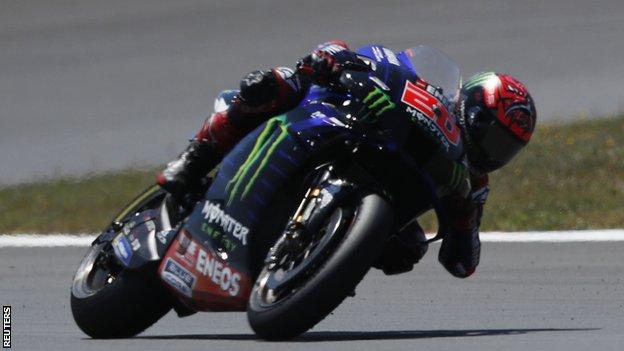 Honda's Marc Marquez was seventh on his return from a nine-month injury absence.

The Spaniard, a six-time world champion, broke his arm at the Spanish Grand Prix last July.

Quartararo, who won the Doha Grand Prix earlier this month, made a poor start from pole position and slipped to fourth on the opening lap but recovered to take the lead with 17 laps remaining.

Fellow Frenchman Zarco – who had led the title race going into Sunday – crashed out while in third place, and has fallen to fourth in the championship standings.