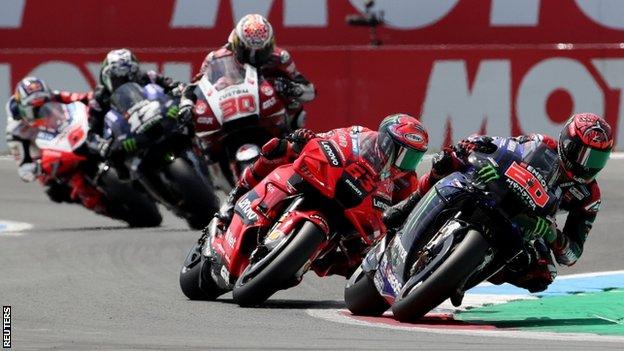 MotoGP's Thailand Grand Prix has been cancelled after a record daily high of Covid-19 cases was reported in the country on Wednesday.

MotoGP saidexternal-link a replacement event was "currently under consideration".

Meanwhile, veteran Spanish rider Dani Pedrosa, 35, is coming out of retirement to ride for KTM at August's Styrian Grand Prix in Austria.

Pedrosa competed for 13 seasons in MotoGP, winning 31 races and finishing second overall three times, before retiring at the end of 2018. He has been working as a development rider for KTM.

Races in Japan, Australia and now Thailand have also been cancelled because of the pandemic.

Thailand has recordedexternal-link more than 439,000 Covid-19 infections and 3,600 deaths, with a record 13,002 new Covid-19 cases over the previous 24 hours reported on Wednesday.

Jamie Chadwick: ‘Watching England was heartbreaking, but I can’t wait for Silverstone’

W Series to race alongside Formula 1 for 2021 season