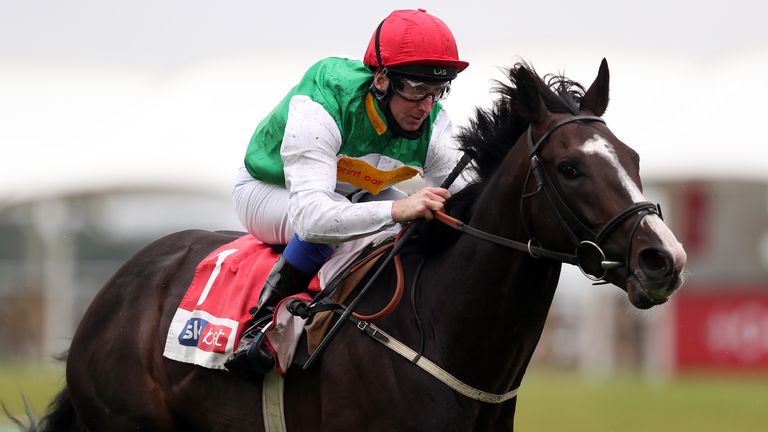 William Muir was delighted with Pyledriver’s seasonal reappearance on Saturday and will run his stable star next in the Coronation Cup at Epsom next month.

The Lambourn trainer expects the four-year-old to be “perfect” for the Group One over the Derby course and distance on June 4 after he blew away the cobwebs with a highly-encouraging effort in the Jockey Club Stakes.

Muir felt Pyledriver tired in the closing stages but ran a big race nevertheless in running the race-fit Sir Ron Priestley to two and quarter lengths in the Group Two at Newmarket.

“He’s come out of his race really well. His legs are grand, he’s trotted well, he’s eaten his food, he’s fine,” he said.

“He was probably just shy of match fitness and that left him a bit fresh. I did that on purpose as this race wasn’t the first and foremost.

“My main objective is to win Group Ones with him this year.

“The ground was very quick and, getting tired that last bit, he just rolled around, but he’s come out of it well. That will settle him.

“We’ve finished second in a Group Two and we’re in great shape for going forwards.

“He goes straight to Epsom now for the Coronation. Win, lose or draw, he was always going to go there. He will be perfect come Epsom.

“There will be no excuses there and there were no excuses on Saturday. Sir Ron Priestley was better than we were.