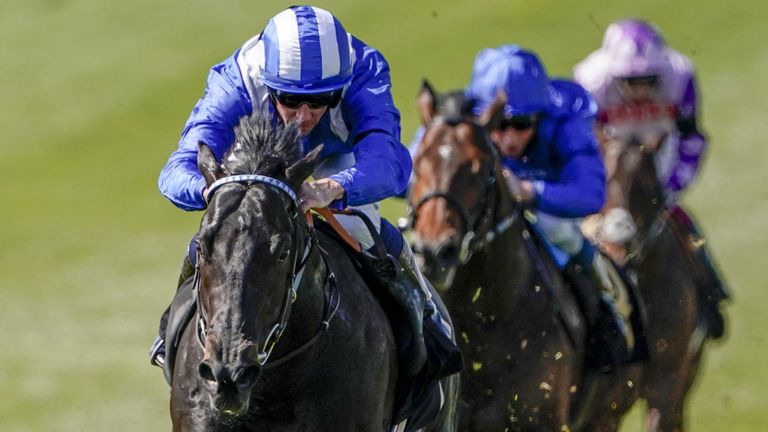 Mutasaabeq is set to be supplemented for the Qipco 2000 Guineas at Newmarket on Saturday.

Mutasaabeq is set to be supplemented for the Qipco 2000 Guineas at Newmarket on Saturday.

The son of Invincible Spirit, trained by Charlie Hills, is out of Ghanaati, who carried the colours of the late Sheikh Hamdan Al Maktoum to victory in the 1000 Guineas in 2009.

Mutasaabeq, who is now owned by Sheikh Hamdan’s family under the Shadwell Racing banner, has won both his starts over seven furlongs at Newmarket, with his latest victory coming earlier this month.

“As long as all is well with the horse tomorrow morning, we will supplement him,” said Angus Gold, Shadwell’s racing manager.

“We’ve been thinking about it. We didn’t put him in at the first stage because we thought it might come a bit quick for him.

“Mentally he was always a fizzy horse, but the team did a great job to keep a lid on him. Then he won first time out at Newmarket late in the season.

“Obviously he was impressive when he won there the other day. It’s impossible to say what he beat, but the way he did it was visually impressive and he ran right to the top of the hill and Jim (Crowley) said he would have no problems going a mile.

“I saw the horse a few days later and he seems to have take that race particularly well. He seems very relaxed at home.

“Dane O’Neill rode him a little half-speed (gallop) yesterday and said he felt in great form. I spoke to Sheikh Hamdan’s family to discuss the options and they said they would like to supplement him.”