Natalie Pinkham, Bela Shah, Helen Skelton and Fleur East are the four “cadets” featuring in the new Slingsby Golf Academy, aimed at encouraging more women to get into golf. 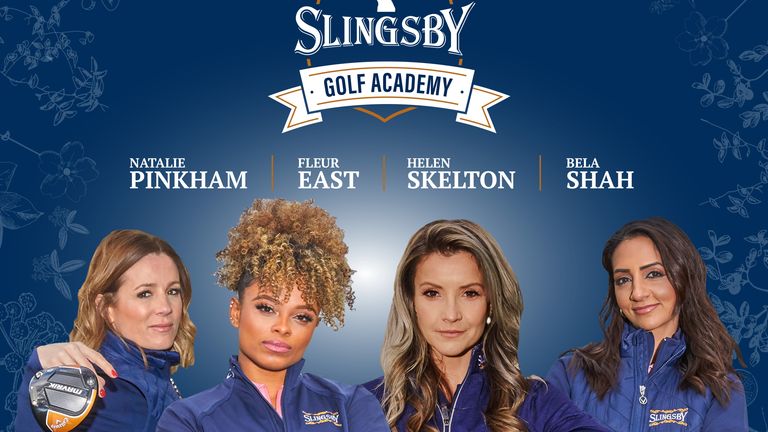 Sky Sports stars Natalie Pinkham and Bela Shah are among the “cadets” taking part in the Slingsby Golf Academy as they battle to win a Pro-Am place at the BMW PGA Championship.

The celebrity Golf Academy also features singer-songwriter Fleur East and television presenter Helen Skelton, and has been launched to coincide with the reopening of outdoor sports in England with the aim of encouraging more women to take up golf this summer.

The rookie quartet will also enjoy coaching sessions with Inci Mehmet in their quest to learn how to play golf before competing against each other in a nerve-wracking playoff to qualify for the BMW PGA Championship Celebrity Pro-Am on Wednesday, September 8.

The winner of the playoff taking place over Wentworth’s East Course the week before the European Tour’s flagship tournament will also receive a £5,000 bonus cheque from Slingsby to donate to a charity of their choice.

With the support of England Golf and The PGA, Slingsby will use the series as a catalyst to provide information, beginner events and a pathway for those inspired to get into golf. 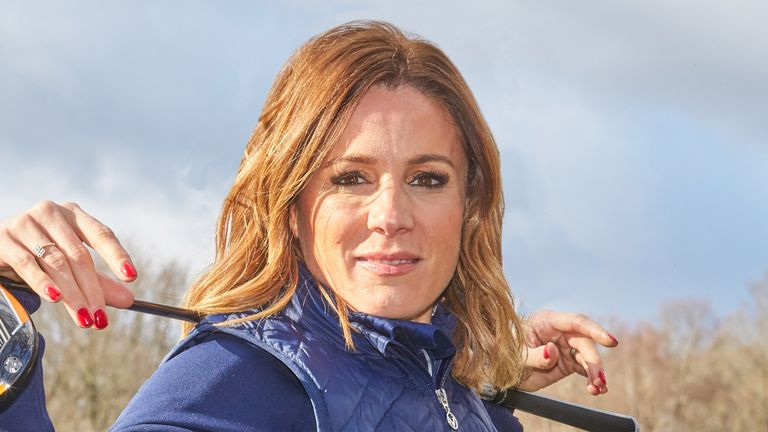 Natalie Pinkham is one of the four cadets

“Anything that gets participation up and gets women talking about sport and encouraging a can-do attitude is just brilliant,” said Sky Sports F1 presenter Pinkham. “I’ll never forget going to a golf course many years ago and being told I wasn’t allowed into the bar, not because I wasn’t over 18 but because I was a woman.

“I’ve always been a feminist, a proud one and I couldn’t believe this. I remember going to my late grandfather and getting angry about the situation. His advice was that times are changing and to be patient. Finally, it feels like things are falling into place, as they should be.”

Sky Sports News presenter Shah added: “I talk a lot about sport and golf for my job, but I’ve not had the opportunity to play the game, so I’m so excited to learn the ropes myself. I’m excited about the physical side, getting stronger and learning how my body can work in a different way. 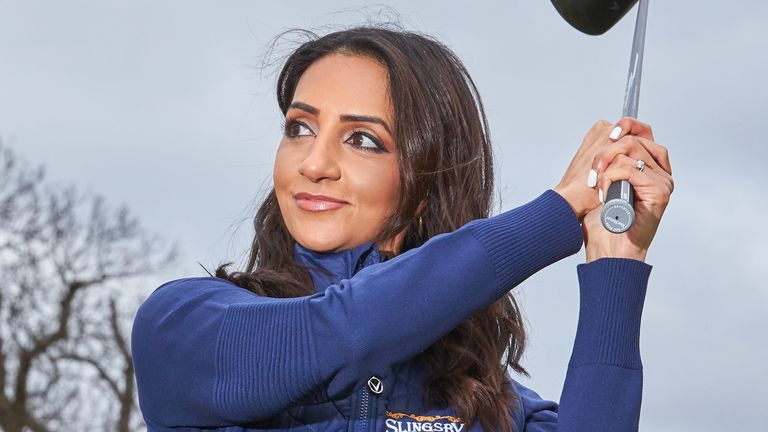 “It’s not just about winning for me; I want to learn how to do it, do it well and see the progression as I go through.”

Marcus Black, co-founder of Slingsby Gin, said: “We’re so pleased to have these four inspirational and influential women as part of our inaugural Academy. The enthusiasm and competitiveness Fleur, Helen, Natalie and Bela have shown already, despite the courses being closed has been incredible.

“They have been practising their putting in the kitchen and swing in the back garden through lockdown. Alongside their Pro they are now raring to go. With their involvement in this campaign, we can let women know that golf is a sport that can be built into busy life schedules allowing you to be active and enjoy socialising with friends at the same time.”