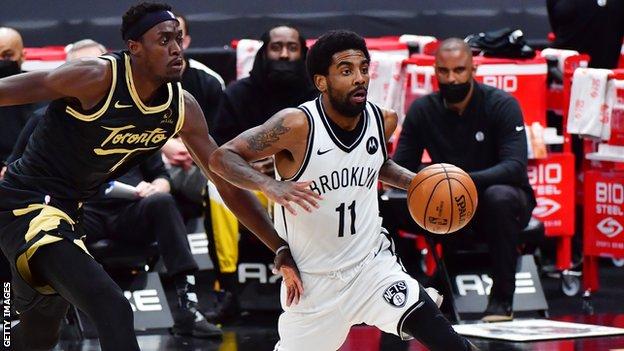 The Brooklyn Nets beat the Toronto Raptors 116-103 to become the first Eastern Conference team to secure a play-off spot.

"We have our eyes on bigger things but it's a nice first step to clinch a berth," said Nets coach Steve Nash.

"To be in this position with 10 games left is very positive."

Jeff Green led the Brooklyn scoring with 22 points while Blake Griffin contributed 17 points from 22 minutes on court. Joe Harris had 16 points while Landry Shamet had 14 off the bench.

Toronto's Kyle Lowry led the scoring for the 2019 NBA champions with 24 points while OG Anunoby had 21.

In Charlotte, Giannis Antetokounmpo scored 29 points and grabbed 12 rebounds as the Milwaukee Bucks strengthened their hold on third place in the Eastern Conference with a 114-104 win over the Hornets.