American Nelly Korda holds one-shot lead over Thailand’s Patty Tavatanakit after the third round of the Gainbridge LPGA; Annika Sorenstam struggles to a 79 after making the cut on her return to action; watch final round on Sunday on the Sky Sports Golf YouTube channel 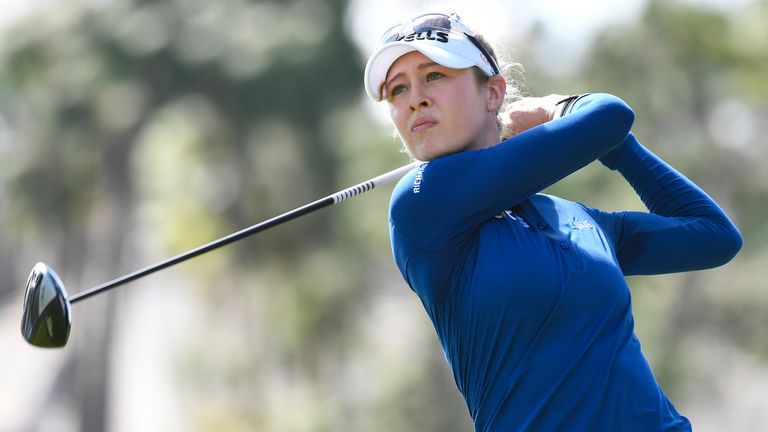 Nelly Korda will take a one-shot lead into the final round of the Gainbridge LPGA after carding a second successive 68 at Lake Nona Golf and Country Club in Florida.

The 22-year-old American’s four-under round took her to 13-under 203 after 54 holes, one ahead of Thailand’s Patty Tavatanakit.

But Annika Sorenstam’s battle to make the cut on Friday, on her first official start on the LPGA Tour since 2008, appeared to have taken its toll as she recorded a seven-over 79 to drop to nine over and last place of those to have made the weekend.

Korda started the day one behind overnight leader Lydia Ko in second spot and began with six consecutive pars before making birdies at the seventh, ninth and 12th.

Her only bogey came at the 13th but back-to-back birdies at the 15th and 16th then put the world No 4 in command. 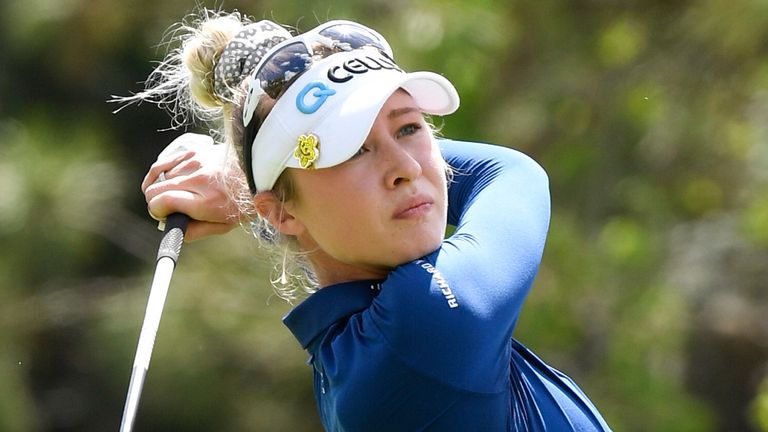 Tavatanakit was one of several players to make rapid late progress up the leaderboard by birdieing four of the closing five holes for a 66.

At 12 under, she is two ahead of American Angel Yin, whose inward 30 in her 65 included an eagle two at the 14th, five birdies and one bogey; world No 1 Jin Young Ko, whose 66 featured five birdies in six holes from the 11th; and Lydia Ko, who could only manage a level-par 72.

Lexi Thompson (68) and Chella Choi (69) share sixth place on nine under, although the latter held the lead after six birdies in an outward 30 before slipping up on the back nine with two bogeys and a double-bogey at the 15th.

Ireland’s Leona Maguire (69) is tied for 16th on six under, with Georgia Hall (71) joint-21st on four under, while her fellow Englishwomen Bronte Law (71) and Charley Hull (72) are both back on one under. 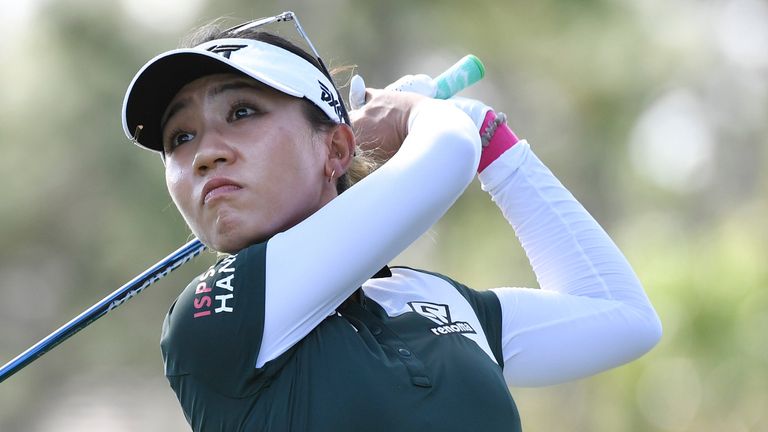 Sorenstam, 50, who parred her last hole on Friday to make the cut, started on the 10th and cancelled out a bogey at the 13th with a birdie at 14.

However, the Swede was unable to make any further forward progress, making four bogeys in five holes from the 15th before dropping further shots at the fourth, seventh and eighth for her 79.

“I just put myself in really difficult positions and it’s hard to score, so it gets tiring,” she said. “You get tired when you have to really just fight for pars. Yeah, I’m tired now, but that’s just kind of part of the deal. That’s why I’m here getting back into it and trying to score and do the best I can.

“It’s a little bit about the journey, so just keep on going and trying to not focus on te results so much, because obviously that would be a little depressing.”