England suffered their first home series defeat since 2014 as New Zealand claimed a comprehensive eight-wicket win in the second Test at Edgbaston; the 1-0 series victory is the Black Caps’ first triumph in England in 22 years 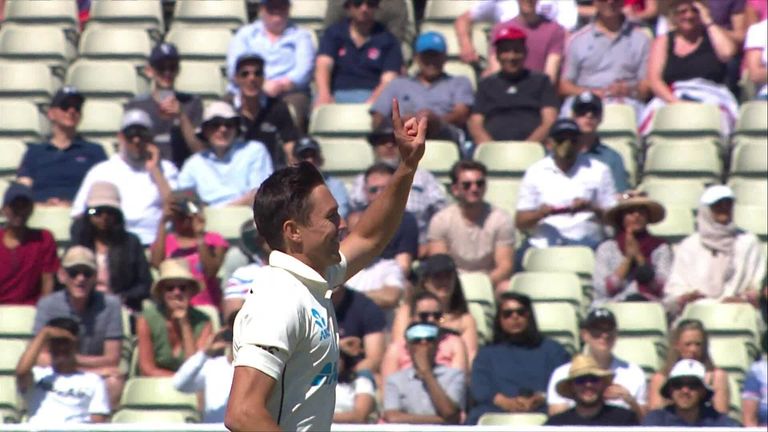 New Zealand secured their first Test series win in England since 1999 after taking just under an hour to wrap up an eight-wicket win on day four of the second Test at Edgbaston.

While the Black Caps can celebrate a famous triumph ahead of the World Test Championship final against India on Friday, England are left to come to terms with a first Test series defeat at home in seven years.

Trent Boult (2-34) ensured there would be no heroics from the England tail as he had Olly Stone (15) caught behind with the first ball of the day, drawing laughter from the sparse Edgbaston crowd, to end the hosts’ miserable second innings on 122.

That left New Zealand needing just 38 to win the match and although Stuart Broad removed Devon Conway (3) early and Stone bowled Will Young (8), stand-in skipper Tom Latham (23no) was there at the end as the Black Caps secured only their third series win in Engl and.

The victory also takes New Zealand to the top of the ICC Test rankings, above India, ahead of their showdown at the Ageas Bowl.

England will look to a calamitous effort with the bat on day three as the main reason for the loss, as they slumped to 76-7 on what was a pretty flat pitch in Birmingham and resuming on 122-9, they lost their final wicket when Boult produced a snorter first up on day four and Stone nicked it through to Tom Blundell behind the stumps.

New Zealand’s player of the series Conway suffered his first failure in Test cricket when he edged behind to James Bracey, pushing at a ball that Broad had hung outside off in the second over of the chase.

There were no further jitters from the Kiwis though as Latham and Young calmly took the visitors to within five of their target before the latter dragged the ball onto his stumps trying to punch Stone through the offside. 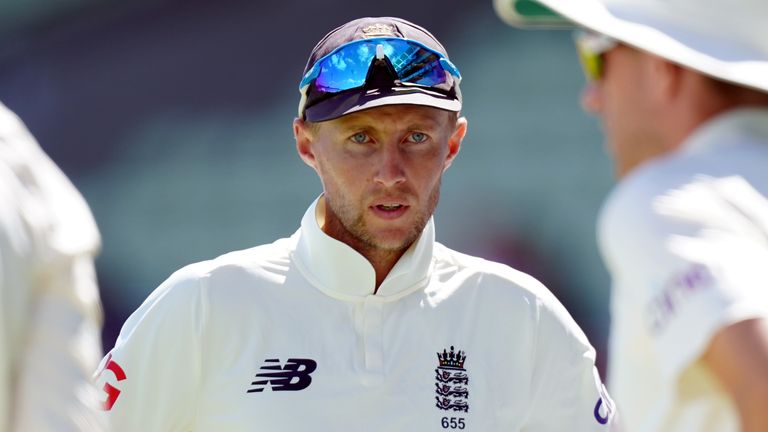 It was all over six balls later though as Latham sent the ball to the third man boundary to complete the win for New Zealand, who can now add 2021 to 1986 and 1999 on the list of their Test series wins in England.

After making six changes for the second Test, Kane Williamson and Gary Stead will have some tough selection decisions to make over the next few days as attention turns to the inaugural World Test Championship final.

Meanwhile, after a first Test series loss at home since they were beaten 1-0 by Sri Lanka in 2014, Joe Root’s side have to wait more than six weeks to try and put things right in the first of five Tests against India.

“You can have bad sessions on occasions with the ball but you can’t have a session like that with the bat.

“That’s where it’s really cost us – of course we could have been better in other areas as well and throughout the game New Zealand definitely outplayed us.”

“It was a fantastic performance this game and also a strong performance in the first game, so it was nice to back that up.

“I thought the guys were adapting really well to the changing conditions and we saw a much stronger performance in this one with bat and ball. We’re aware that every time you come here the cricket’s tough and we saw yesterday how things can quickly change as well.

“We had one of those crazy sessions where the game’s momentum changed in our favour – it was an amazing session or session and a half and we were focused on our cricket.”