Nicolai von Dellingshausen takes a three-shot lead into the weekend of the Tenerife Open after a career-best 62 in the second round, with Scott Jamieson in contention after a course-record 61 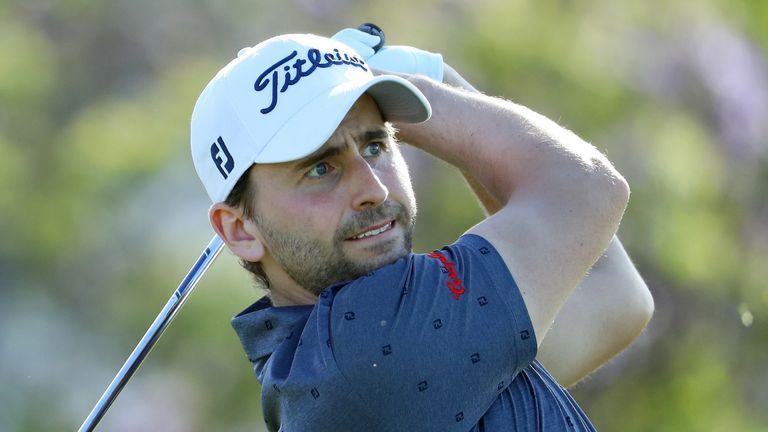 Nicolai von Dellingshausen made the most of an early start as he charged into the halfway lead on another day of low scoring at the Tenerife Open.

Playing in the first group of the second day at Golf Costa Adeje, Von Dellingshausen fired a career-best 62 to set the clubhouse target at 16 under par, which held up for the remainder of the day and left him three shots clear of the field heading into the weekend.

Von Dellingshausen matched Thorbjorn Olesen’s course record from the opening round, although that mark was bettered just a day later as Scott Jamieson surged into contention with a superb 10-under 61, with Olesen now five shots off the pace following an erratic 69.

Playing in only his 16th tournament on the European Tour, Von Dellingshausen went a long way towards securing a full card with a spectacular back nine, making five birdies in seven holes before holing a 20-foot putt from the fringe at the 18th for eagle to cap an inward 29.

“I don’t know whether it’s the course but I’ve been working on staying in the present a lot more and that’s one of the biggest achievements – it means it doesn’t have anything to do with the course,” the German said. 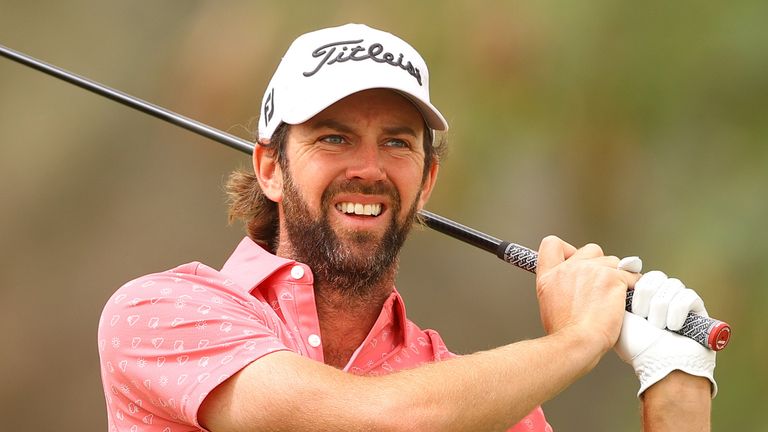 “I’m a thinker, so I like being more in the future or in the past, it’s a big challenge to stay in the present moment. I think I’ve done that a lot better the last two days.

“Todat was just another great day in the office. I played well tee to green, had a couple of good putts but just stiffed it a lot more than I did yesterday with crucial up-and-downs. Just a great day, going out in the morning, close to 8am, nobody in front, perhaps no wind on the front nine.”

The 28-year-old enjoys a three-shot lead over Spaniard Pep Angles, who added a bogey-free 64 to his opening 65 to get to 13 under, one ahead of an inspired Jamieson who is still searching for his second win on Tour, over eight years since his breakthrough at the 2012 Nelson Mandela Championship.

The Scot birdied the first four holes and picked up two more at seven and nine to turn in 29, and he birdied the 17th and 18th for the second day running to eclipse Olesen’s course record.

“It’s such a funny game, I just did the simple things well,” said the 37-year-old. “I holed a couple of nice putts at the right times to get momentum on my side. The five par-fives are all gettable here. If you take care of business there and you are playing well there are plenty of chances. 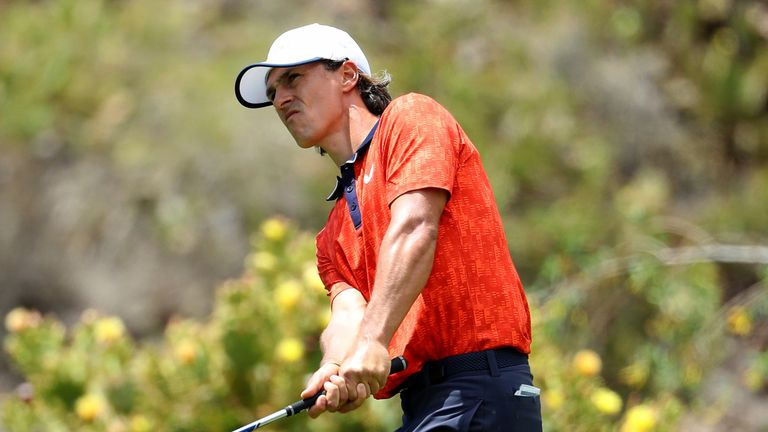 “I hope I get something nice from the club (for the course record), I will soon find out! It’s a nice accolade but I would prefer to have a trophy at the end of the week instead of just the course record.”

Australian Scott Hend, who was in the group behind Von Dellingshausen, also prospered in the benign early conditions as he carded a 10-birdie 64 to reach 12 under, with Olesen one further behind after a tough second day.

The Dane went from overnight leader to five behind before he had even started his second round, and he offset four birdies with three bogeys in a wayward, outward 35 before an eagle at the 11th lifted him to 12 under with six to play.

But he got into trouble at the 12th and ran up a double-bogey six, and the 2018 Ryder Cup star clawed only one shot back at the 17th and settled for a share of seventh at the halfway stage.

European Tour: Francesco Laporta misses out on historic ’59 round’ at Canary Islands Championship