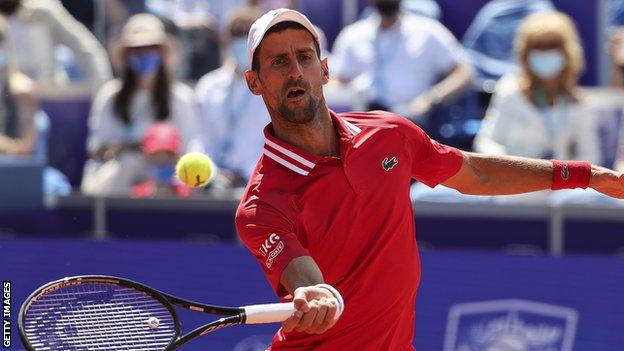 World number one Novak Djokovic completed his French Open preparation on a winning note with victory at his own tennis centre in the Belgrade Open.

The qualifier broke Djokovic's serve three times in the first set, but struggled to hold his own.

Djokovic improved his serve percentage in the second set and competed victory in an hour and 28 minutes.

"I want to thank everyone who turned up and made this a memorable day," he said. "I have to admit that part of my mind is already in Paris.

"It was an easy decision to enter this tournament. I never had any second thoughts and I am delighted that we came through so magnificently with this event."

Djokovic, who is in the same half of the French Open draw as defending champion Rafael Nadal and former winner Roger Federer, will start his campaign in Paris against American world number 66 Tennys Sandgren.

Tech Tech Boom: Hear the reviews of absurd and sinister inventions in this tech spoof showDare to dream: Sporting achievements many thought never could be done
Source