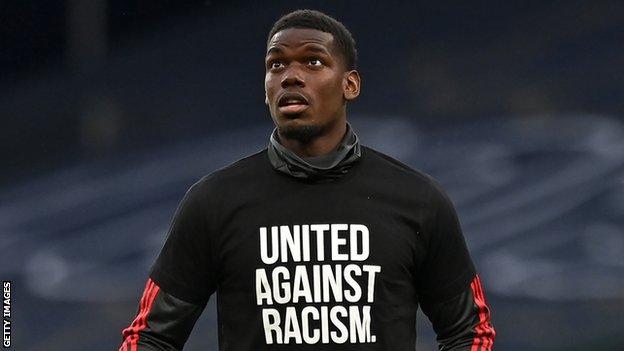 Online racist abuse is "spiralling out of control", according to a leading anti-cyberbullying charity.

Liverpool captain Jordan Henderson has given control of his Twitter account to Cybersmile to raise awareness of the impact of abuse.

The charity shared an interview with Ian Wright where the ex-England striker described the racist abuse and death threats he has been sent online.

Some Premier League bosses have called for a sport-wide social media boycott.

"Racial hatred online is spiralling out of control. It's a weekly, and even daily, occurrence now" the charity wrote on Henderson's Twitter account.external-link

"We need to remember that there are real people with real feelings behind social media accounts.

"We are people not profiles."

Championship sides Swansea and Birmingham, and Scottish champions Rangers, are taking part in a week-long boycott of social platforms.

Tottenham said they would hold a review into "the most effective action moving forward" with social media after forward Son Heung-min was abused at the weekend.