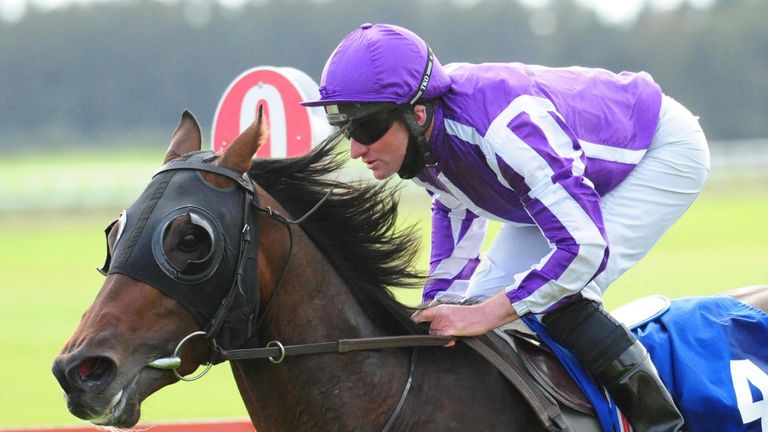 Breeders’ Cup hero Order Of Australia made the most of having his sights lowered in the Romanised Minstrel Stakes.

The four-year-old was a shock winner of the Breeders’ Cup Mile at Keeneland in November before going on to finish sixth behind Hong Kong superstar Golden Sixty at Sha Tin.

Aidan O’Brien’s charge weakened out of contention on his return to action in the Queen Anne Stakes at Royal Ascot last month, but had far less on his plate back on home soil and was the 2-1 favourite under Ryan Moore.

Order Of Australia was soon bowling along in front and had kept enough in the tank inside the last of seven furlongs to repel the challenge of Njord by a length and a quarter.

O’Brien said: “His first run this year at Ascot was just a bit of a mess as they jumped out and they hacked. It was the first time we decided to sit him in, being his first run of the year.

“He has plenty of speed and he’s able to quicken. Ryan was happy going out if someone wanted to give him a lead and if not he was happy to make his own running. He is very straightforward.

“He’s made like a sprinter/miler – at halfway he really started to turn it on and Ryan gave him a good ride.

“He’s a horse that takes his racing well so we were thinking of coming here and then going for the Sussex Stakes. He has plenty of speed and gets a mile well.

“He’s a horse to look forward to and can go to America later in the year and maybe races after that as well.”