Oxted set to undergo checks following July Cup third at Newmarket; last year’s winner hung across the track late on and was showing signs of overheating post-race; Betfair Sprint Cup could be up next if Oxted is deemed fit 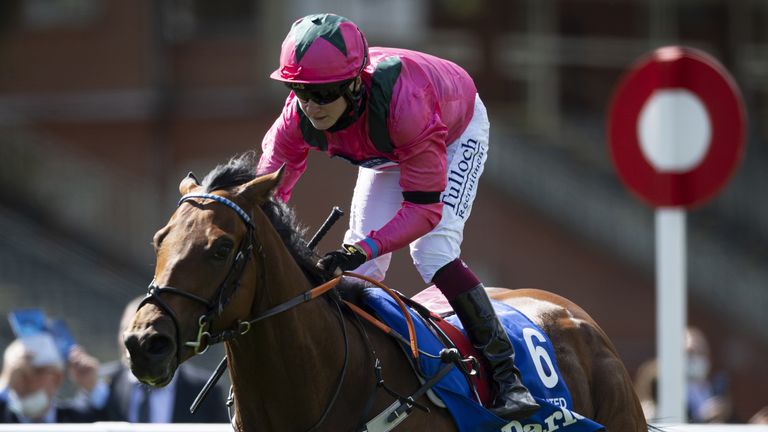 Roger Teal is to have Oxted “checked out” after finishing a gallant third when defending his crown in Saturday’s Darley July Cup.

Fresh from doubling his Group One tally in the King’s Stand at Royal Ascot, the five-year-old had to make do with minor honours at Newmarket after hanging badly right in the closing stages, while he was also found to be suffering from mild heat stress post-race.

It is testament to Oxted’s ability he was still only beaten just over a length by the Ed Walker-trained winner Starman, but Teal was left wondering what might have been.

He said: “He seems absolutely fine, but we’re going to have him checked out because we don’t know why he hung across the track. We’ll have the vet look at him and see if there’s anything untoward.

“He got a little bit hot after the race. It was a stifling day and we had to get some cold water on him afterwards as his body was a bit overheated. There were a couple in the race the same afterwards.

“He’s never hung across the track like that before, so we’ll monitor him over the next few days and see if anything comes to light.”

Assuming Oxted is given a clean bill of health, next on his agenda is the Betfair Sprint Cup at Haydock on September 4.

“He still ran a huge race on Saturday. He lost a lot of ground hanging across like he did, so if he’d stayed straight it would have been interesting,” Teal added.

“It was a quality field – it was very scary to keep looking at it – but he’s run an absolute stormer and we couldn’t be more proud of him.

“We’re sort of running out of options now, so the Sprint Cup at Haydock would be his next target if all is well.”