Tarisai Musakanda’s run-out triggered a Zimbabwe collapse to 134 all out as Pakistan triumphed in the first Test by an innings and 116 runs, with Hasan Ali taking 5-36; the second and final Test begins in Harare on Friday 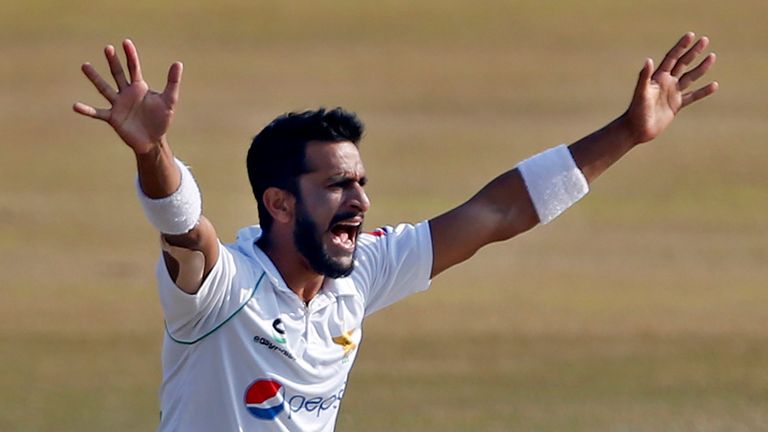 Hasan Ali returned his best Test figures of 5-36 as Pakistan triumphed by an innings and 116 runs in Harare. (AP Photo/Anjum Naveed)

Seamer Hasan Ali finished with Test-best figures of 5-36 as Pakistan overcame Zimbabwe by an innings and 116 runs inside three days in Harare.

Hasan, who had taken four wickets in Zimbabwe’s first innings, bettered that second time around by ripping through their lower order to wrap up a comfortable victory and a 1-0 lead in their two-Test series.

Zimbabwe, facing a 250-run deficit after Fawad Alam posted a classy 140 for the tourists, made a solid enough start but collapsed following the run-out of Tarisai Musakanda, who top-scored with 43.

Hasan’s lively knock of 30 in the morning, which included three fours and two sixes, helped Pakistan to extend their first-innings total to 426.

He eventually fell to seamer Blessing Muzarabani (4-73), who finished off the innings when he had Fawad caught behind off a bottom edge.

With Prince Masvaure unable to bat due to injury, Musakanda moved up from three to open the home side’s second innings alongside Kevin Kasuza.

The pair reached 48 before Hasan nipped one back to trap Kasuza (28) lbw but, despite the loss of Milton Shumba, Musakanda looked well set as he and Brendan Taylor (29) guided Zimbabwe to 92-2. 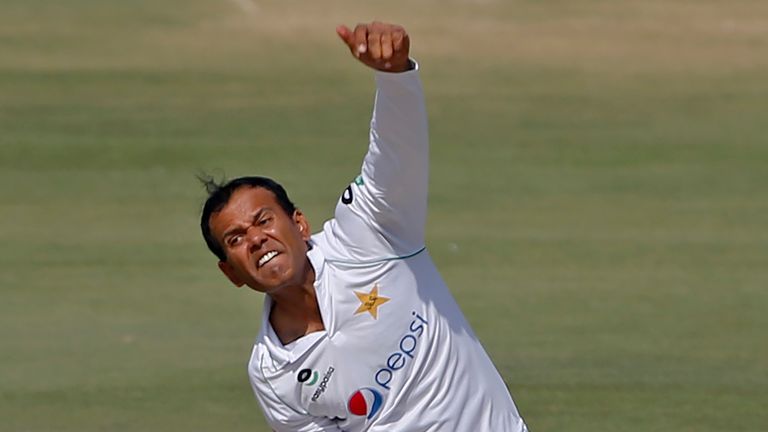 However, when Taylor reverse-swept spinner Nauman Ali, Musakanda called him through for an optimistic third and was run out by some distance.

That prompted Zimbabwe’s rapid slump to 134 all out, with Nauman (2-27) the perfect foil for Hasan, whose reverse swing proved too much for the remaining batsmen.

The second and final Test gets under way on Friday, at the same venue.