South African Garrick Higgo celebrated his second start on the PGA Tour with a one-shot victory in the Palmetto Championship at Congaree after Chesson Hadley bogeyed the final three holes. 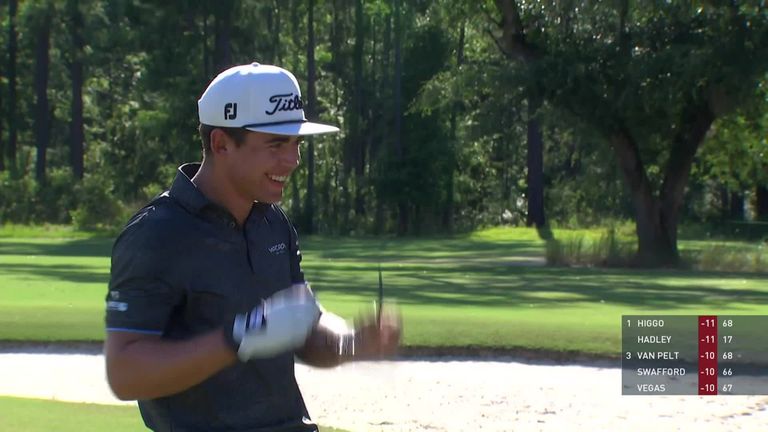 Highlights from Garrick Higgo’s sensational win at the Palmetto Championship in just his second start on the PGA Tour.

Garrick Higgo’s remarkable year continued as he snatched victory at the Palmetto Championship after Chesson Hadley folded down the stretch at Congaree.

Higgo’s only previous start in a PGA Tour event was at the PGA Championship last month, but he secured full membership with his one-shot win over long-time leader Hadley, who bogeyed the final three holes to slip into a six-way share of second place.

Hadley started the final round armed with a four-shot lead, although the pressure began to tell on the 33-year-old when he bogeyed two of the first three holes, although he steadied his nerves with a birdie at the fourth and managed to par his way to the turn.

His playing partner in the final pairing, Harris English, piled on the heat with three early birdies before he gave one back at the sixth, while Higgo looked too far back to challenge after he countered birdies at the third and fourth with a pair of dropped shots, and he remained at eight under heading to the back nine. 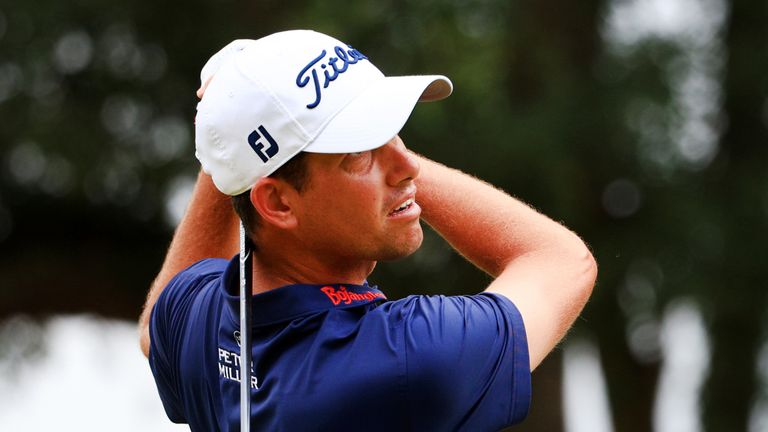 But the South African hit a great second to 10 feet at the long 12th and converted the chance for eagle, and he rolled in another great putt from just inside 25 feet at the 14th to get within two of the faltering leader.

Higgo appeared certain to drop at least one shot when he pulled his drive into trouble at the 17th and scuffed his second into the trees, but he produced an outstanding 80-yard pitch from a sandy waste area to 10 feet and rattled in the putt to escape with a par.

The 22-year-old closed with a cast-iron four at the last to claim the clubhouse lead on 11 under, just as Hadley was making things tough for himself over the last three holes, and bogeys at 16 and 17 left him needing to par the last to force extra holes. 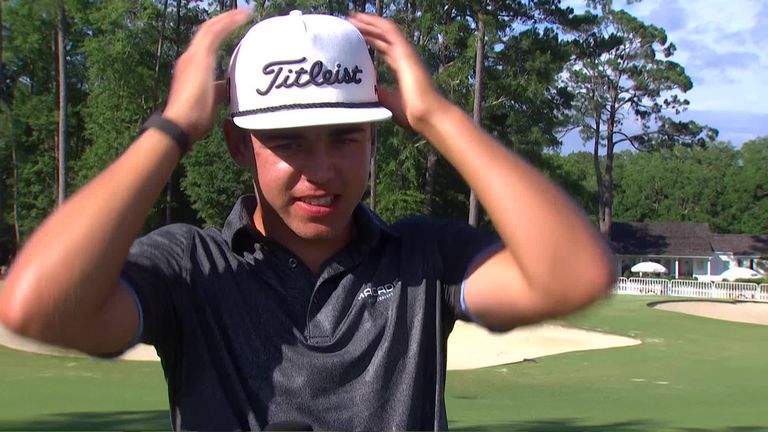 Garrick Higgo could scarcely believe he was a PGA Tour champion in only his second start in the United States after clinching the Palmetto Championship title.

Hadley’s drive down 18 veered left but clung onto the fairway, but he blocked his second way right and enjoyed a fortunate bounce off the grandstand, although his ball remained in the run-off area.

Having hit only four greens in regulation throughout the final round, Hadley was unable to pull off another up-and-down when he needed it most, misjudging the pace and line with his third before not allowing nearly enough break with his par-saving putt from 10 feet.

That confirmed Higgo as the champion, the left-hander lifting his third piece of silverware this year after collecting two victories in three weeks on the Canary Islands in April.

“I’ve just gone to another level now,” said the in-form Higgo after his fourth win in nine months. “So I’ll just see what my game can do. I enjoy playing and seeing what my game does and where it takes me, and I’m going to continue with that. I don’t think there’s any need to put unnecessary expectations on me.

“I’m just proud of the way I hung in there. It was tough all the way from the start, and I definitely didn’t have my A game off the tee, but I like that sometimes. I like not having to play perfect golf, but I enjoy scrambling and making a couple putts, which I did, which was awesome.”

While Higgo can now look forward to playing more regularly on the PGA Tour, he insisted he would also stay loyal to the European Tour and vowed to focus on his Race to Dubai challenge. 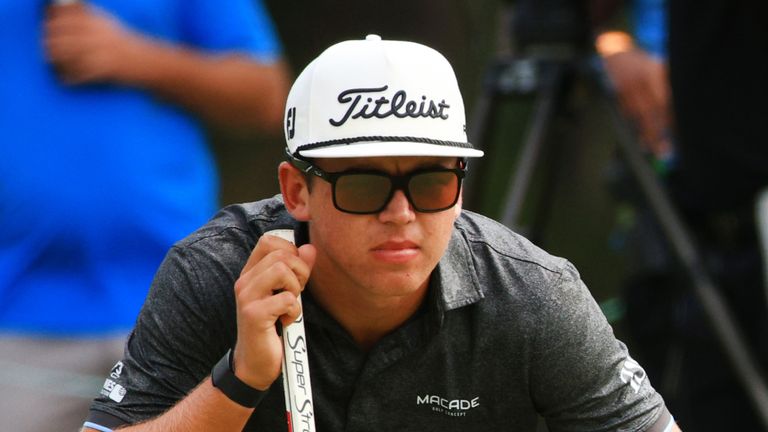 Higgo was making only his second start on the PGA Tour

“My focus is still Race to Dubai, see how I can finish on that, and then play a couple of Sunshine Tour tournaments as well. If it wasn’t for them, I wouldn’t be here.”

A devastated Hadley had to settle for second place alongside Hudson Swafford, Doc Redman, Jhonattan Vegas, Bo Van Pelt and newlywed Tyrrell Hatton, who will head to the US Open in good spirits after a closing 68 featuring five birdies.

Matt Fitzpatrick added a couple of zeros to his cheque after firing an excellent 66 to claim a top-10 finish on eight under along with world No 1 Dustin Johnson (70), while English lost his way on the back nine and stumbled home in 40 to crash to seven under.