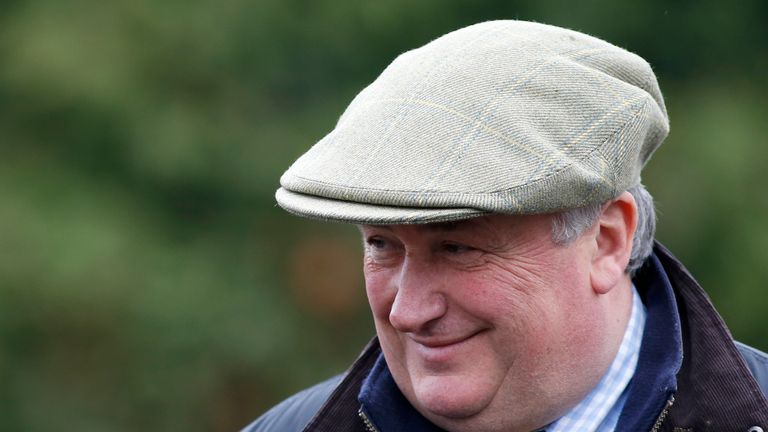 Paul Nicholls beat his best ever tally of winners for a single season as Threeunderthrufive gave him his 172nd victory of the campaign at Perth on Wednesday.

The Ditcheat handler, who will be crowned Britain’s champion National Hunt trainer for a 12th time when the season comes to a close at Sandown on Saturday, equalled his previous record of 171 when Samarrive struck gold at Kempton on Monday.

And while he did not saddle any runners on Tuesday, he moved onto the 172-winner mark by landing Wednesday’s Listed feature in Scotland.

Unbeaten in his first three starts over hurdles before finishing sixth in the Albert Bartlett at the Cheltenham Festival last month, Threeunderthrufive was a 15-8 chance for the British EBF William Hill Gold Castle “National Hunt” Novices’ Hurdle.

After travelling well for much of the three-mile contest under Adrian Heskin, the six-year-old pulled clear in the straight and passed the post with nine and a half lengths in hand over Castle Rushen.

What makes the trainer’s achievement particularly impressive is the fact that the season did not get under way until the start of July, rather than late April, due to the coronavirus outbreak.

While Nicholls did not manage to saddle a winner at this year’s Cheltenham Festival, he has still enjoyed plenty of highlights, including a 12th win in the King George VI Chase at Kempton with the Bryony Frost-ridden Frodon.

Nicholls also landed a Grade One double on the opening day of the Randox Grand National Festival at Aintree courtesy of Monmiral and Clan Des Obeaux, while in early January he sent out seven winners across three jumps meetings in Britain.