After being just two shots off the lead in his second round, Cameron Tringale plummeted from three under to 10 over par in the space of just five holes to end his PGA Championship title hopes in spectacular style. 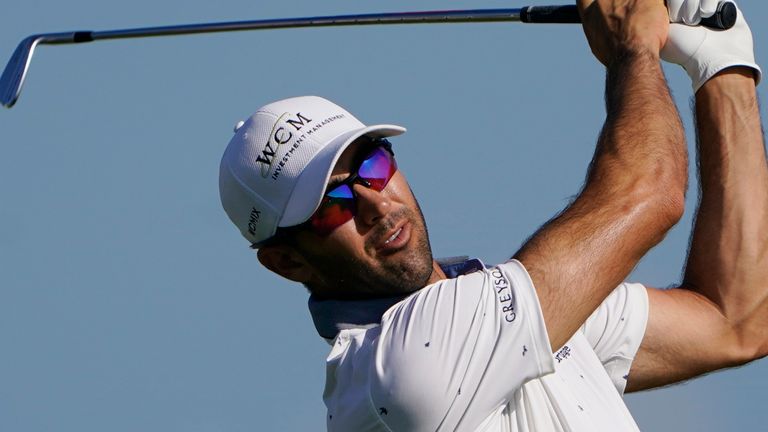 Cameron Tringale endured one of the most astonishing collapses in major history as he dropped 13 shots in just five holes on day two at Kiawah Island.

Tringale looked a genuine contender for the PGA Championship title, following up his opening 70 with a steady start to his second round on the back nine of the Ocean Course.

The American birdied the 11th to get within two shots of early clubhouse leader Phil Mickelson, but his challenge began to unravel with a poor tee shot to the treacherous 14th, tugging his ball into the left rough and taking another three shots just to find the green. 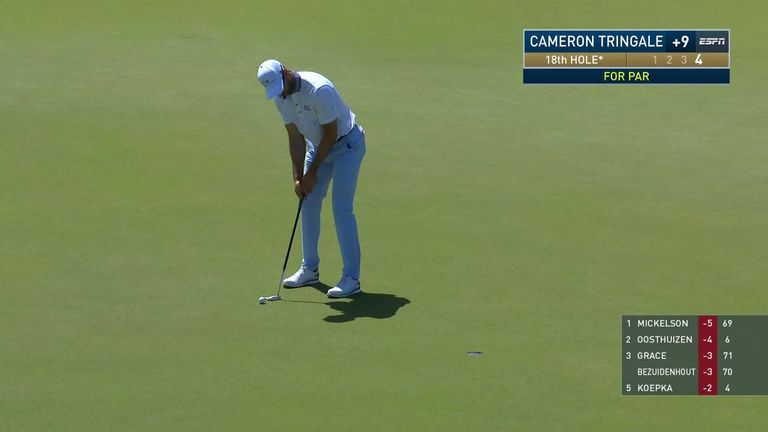 Cameron Tringale was two shots off the lead early in his second round of the PGA Championship before suffering a spectacular collapse at Kiawah Island.

Two putts added up to a triple-bogey six, but worse was to follow at the long 16th, where he tugged two drives into the water on the left and eventually found dry land with his fifth shot – and his third ball – although this one was in the thick rough on the right.

Tringale actually did well to two-putt from 45 feet from the fringe for a quintuple-bogey 10, but the agony was far from over for him as he lost yet another ball in the drink from the tee at the 17th, compounding the error by three-putting from five feet and running up a quadruple-bogey seven.

His horror run of holes was summed up when his par putt at the 18th lipped out, and he tapped in for bogey to complete a back-nine 48, plummeting from two off the lead to 10 over par and six shots outside the projected cut mark.

To his credit, Tringale regrouped at the turn and played the front nine in two under, with seven pars and birdies at the third and ninth, but his round of 82 was far too many to be around for the weekend.