“They can keep calling me that all day if they want to, I’ve got no issue with it.” – Bryson DeChambeau responds to “Brooksy” comments from spectators during the Memorial Tournament – watch live on Sky Sports Golf 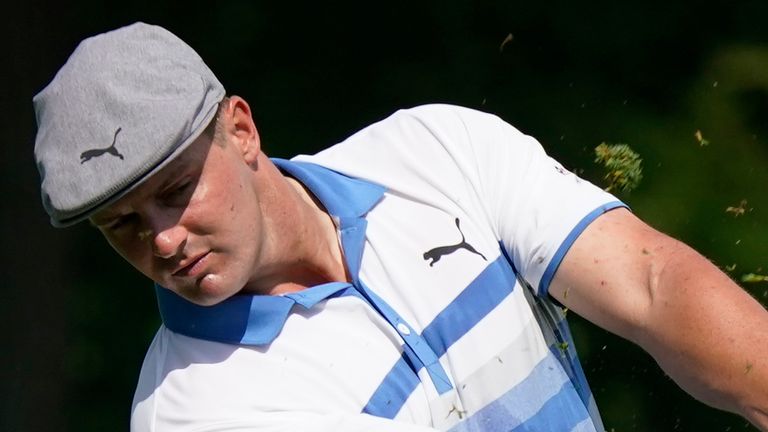 Bryson DeChambeau has insisted that he was unaffected by the Brooks Koepka taunts directed his way from spectators during the second round of The Memorial.

DeChambeau was serenaded by chants of “Let’s go, Brooksy” and “Hey, Brooksy” on numerous occasions during a long second day at Muirfield Village, where the US Open champion had to play 33 holes after weather delays the previous day.

Multiple reports from those on-site indicated that DeChambeau had tried to get fans taunting him removed from the course, although the world No 4 told the media after rounds of 71 and 72 that those decisions weren’t made by him. 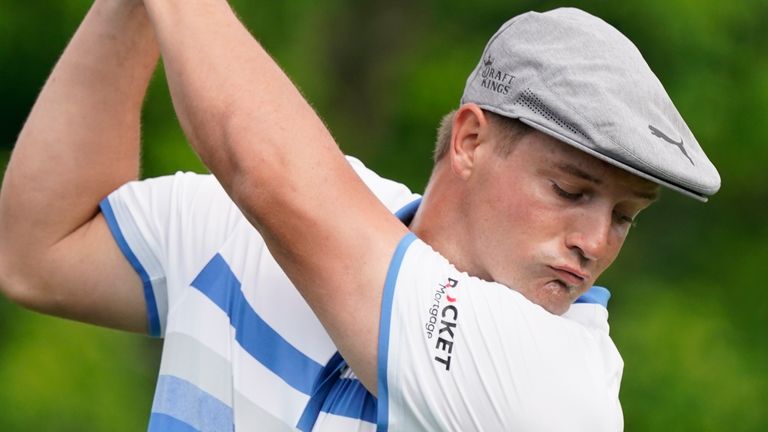 “It [the fan behaviour] was flattering,” DeChambeau said. “They can keep calling me that all day if they want to, I’ve got no issue with it. Most people think it’s a distraction, but I grew up learning how to deal with that stuff.

“They [security] take care of that [removing spectators]. There’s going to be people saying things at the wrong time. I don’t care what they say. Like if they say that, it’s not a big deal to me, it’s flattering. The crowd comments came in DeChambeau’s first event back since a viral video showed Koepka visibly annoyed by him walking past during a post-round interview at the PGA Championship, with the pair since trading blows on social media.

“I’ve got nothing against [Koepka],” DeChambeau said. “I’ve got no issues at all. If he wants to play that game, that’s great. I’m going to keep trying to play my best game and when it comes down to it, when somebody’s that bothered by someone else it is flattering.

“He’s had stuff with other people too. Like Rory [McIlroy] and numerous others. So this isn’t a one-off thing. It’s just the way he deals with stuff and I’m totally fine with it.”

Koepka is not in the field in Ohio but posted a video on social media late on Friday night, appearing to escalate tensions between the pair, with the four-time major champion thanking fans for their support.

The video also offered cases of beer, via one of his sponsors, to the first 50 people who may have had a ‘short day’ by being removed from the course for their actions.

“What’s up guys, it’s Brooksy,” Koepka said in the video. “Thank you for the support. I heard a bunch of you were shouting my name at the golf tournament. I know I’m not playing, but thank you guys for the support.”

Watch The Memorial throughout the weekend live on Sky Sports Golf. Live coverage continues on Saturday from 5pm.