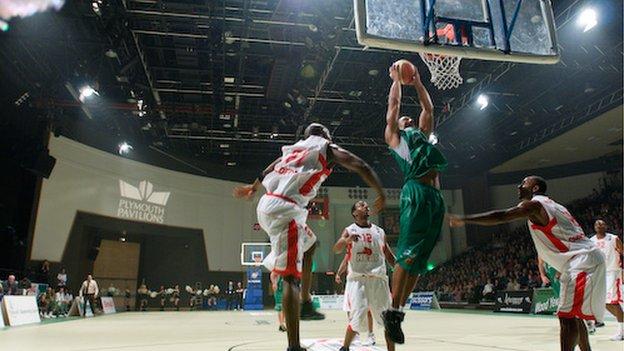 Plymouth Raiders have played at Plymouth Pavilions since 1996

Plymouth Raiders have withdrawn from the 2021-22 British Basketball League season after problems with their venue.

The club have played their home games at Plymouth Pavilions, but are unable to pay incre ased rental costs on the arena, which seats around 1,500 fans.

Last season they finished third in the league standings – their best-ever finish – and reached the BBL Trophy final where they lost to London Lions.

"All local venues have been considered but ruled out due to their inability to provide the facilities necessary for Raiders to play in front of spectators at a price that is sustainable for the club," a statement from the Raiders read.

"This decision has been a very difficult one for the board and we will continue to work with Plymouth City Council and the BBL to identify feasible solutions for the longer term."

They are the second side to pull out of the BBL ahead of the new season after Worcester Wolves left the league last month due to financial issues arising from the Covid-19 pandemic.