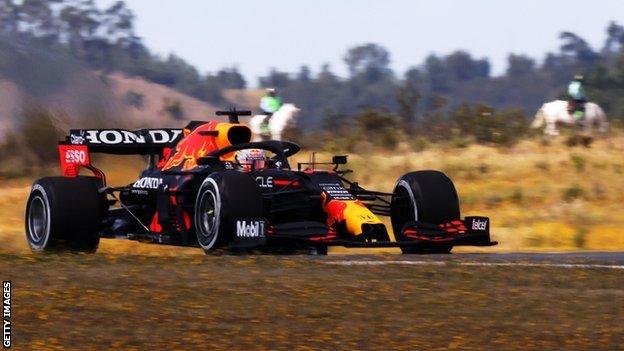 Bottas was 0.025 seconds ahead of Verstappen and 0.319secs quicker than his Mercedes team-mate Lewis Hamilton.

Hamilton was struggling with his car, trying a number of times to improve but never managing to get a lap together.

Hamilton said early in the session that the Mercedes was "undriveable" because of cold tyres, and seemed to be suffering with an unstable rear later on.

He set the fastest first sector of the lap a number of times, but the time fell away further in the lap.

Verstappen was also struggling, but managed to effectively match Bottas' time despite suffering heavy vibrations when running on the faster 'soft' tyre.

Alpha Tauri's Pierre Gasly was sixth fastest, ahead of an impressive time from Williams' George Russell in seventh place, ahead of McLaren's Lando Norris.

It was a session free of major incident, although a high number of drivers had lap times deleted for running wide at Turn Four, and all appeared to be struggling for grip to some extent on the undulating Portimao track on the Algarve.

Mercedes F1 boss Toto Wolff said: "Feedback on the two sides of the garage was similar but not as bad on one side of the garage as the other one."