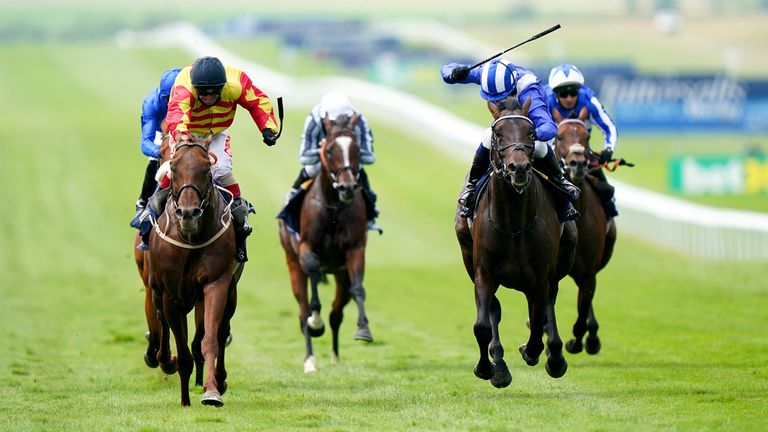 Sir Ron Priestley returned to winning ways when seeing off the persistent challenge of Al Aasy in the Princess of Wales’s Tattersalls Stakes at Newmarket.

Franny Norton set out to make all on Mark Johnston’s five-year-old, who is a half-brother to Gold Cup-winning stablemate Subjectivist.

With two furlongs to run, Sir Ron Priestley was being ridden – but not as vigorously as Highest Ground, who dropped away.

The odds-on favourite Al Aasy, normally a very smooth traveller, came off the bridle earlier than normal but still moved up to challenge as they met the rising ground.

In typical Johnston style, Sir Ron Priestley kept on battling against the rail – but Jim Crowley had still to ask for everything on Al Aasy. However, as the line neared, it became obvious Al Aasy was up against a very determined opponent and would have to settle for second again – just as he did in last month’s Coronation Cup at Epsom.

“I got a bit of a fright when he came out of the gates because he lost his back end,” said Norton.

“But then after two strides he rolled on into it, and then I knew it would come down to a war.

“To be fair I was kind of emptying a little bit as well, but it would have to take a brave one to get by him.

“The good thing is, we kind of lost him at York and he ran ok at Ascot. I think the ground’s the factor.”