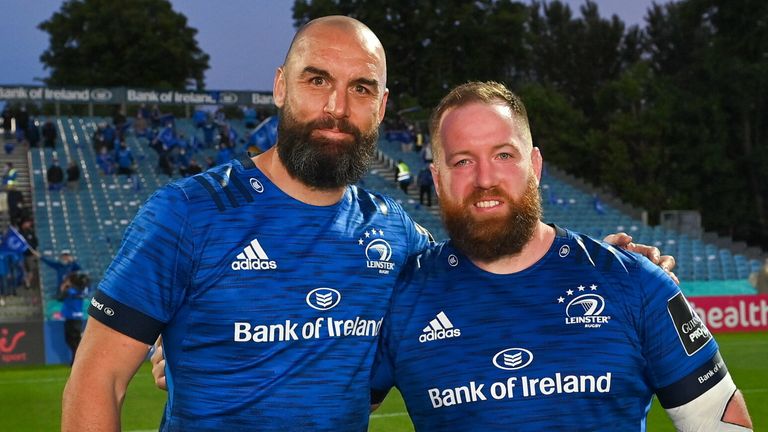 Retiring duo Scott Fardy and Michael Bent bowed out on a winning note as Leinster closed out the Rainbow Cup with a bonus-point victory over the Dragons at the RDS.

With supporters making their long-awaited return to the Ballsbridge venue, tries from Jimmy O’Brien, captain Garry Ringrose and Jordan Larmour had the hosts 19-7 ahead at half-time.

Last week’s defeat in Glasgow had ended Leinster’s interest in the competition, but they finished with a flourish thanks to a Ryan Baird blockbuster, Larmour’s second and a 65th-minute closer from Scott Penny.

This was the first Leinster home game with a crowd since February of last year, as 1,200 supporters – including 100 staff from the nearby St Vincent’s University Hospital – watched on as part of the Irish Government-sanctioned test events. 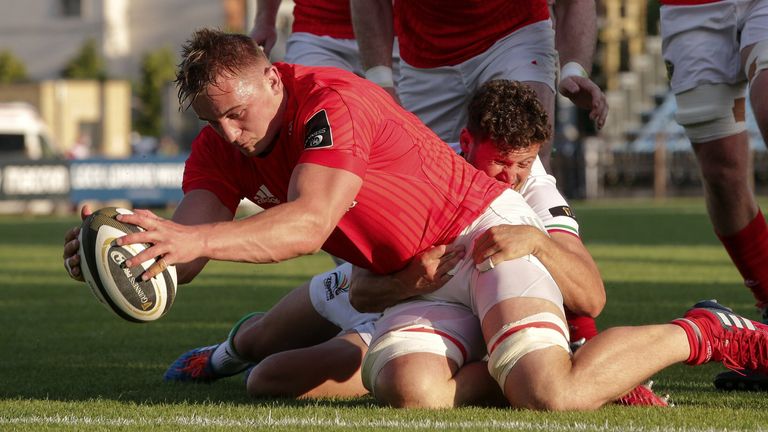 Gavin Coombes led the way for Munster with four tries

Gavin Coombes scored four tries as Munster secured second place in the northern section of the Rainbow Cup with a convincing victory over Zebre in Parma.

The Irish province had been in with a chance of progressing to the final until Benetton’s clash with the Ospreys in Bridgend was cancelled due to coronavirus cases in the Welsh region’s squad.

The men from Treviso were awarded the four points as a result, moving above Glasgow Warriors and out of Munster’s reach to secure their place in the showpiece.

Coombes and Craig Casey scored two first-half tries apiece in front of around 1,000 fans as Munster took a 22-point lead into the break, before Niall Scannell and Liam Coombes added their names to the scoresheet in the second half and the No 8’s quartet was completed.

Joey Carbery contributed six conversions from six attempts, while Federico Mori crossed for Zebre’s only try midway through the second period as the Italians ended the competition bottom of the table.