I don't understand why people ever doubt Raheem Sterling as a player, because he always comes back with a big performance that reminds you what an outstanding talent he is.

Of course he can be frustrating when he is below his best, but he has shown before how resilient he is. You know his head won't drop if he is having a sticky patch, and that his form will return.

That is exactly what happened in Sunday's Carabao Cup final. It feels as if he picked the best possible time to show his quality in that 1-0 win over Tottenham – and demonstrated what he can bring to this Manchester City team in the really important games. 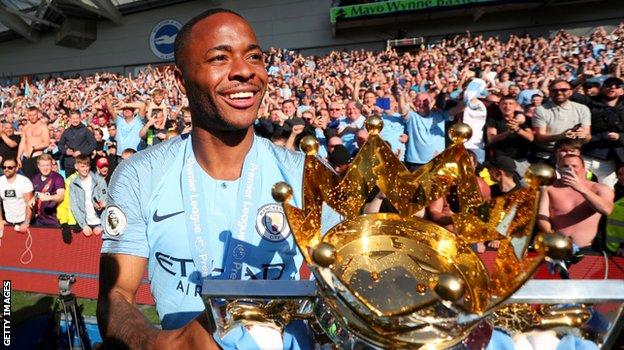 Sterling helped City win their first trophy of the season at the weekend and now he can be key in the one that really matters – Wednesday's Champions League semi-final first leg against Paris St-Germain.

He hardly featured in either leg of City's quarter-final win over Borussia Dortmund but I think he has to start in France. This is why.

'What Sterling does seems easy, but it's actually very special'

Top players are always under intense scrutiny but, with Sterling, it feels as if lots of people are very quick to question him and his City future whenever he has a poor spell.

It was the same with his England place before the last World Cup, so at the age of 26 he must be used to it by now – and it doesn't seem to bother him.

In the Carabao Cup final, he responded in the way he always does, with a brilliant performance to win everyone over.

I was lucky enough to watch Sterling from the sidelines on Sunday, and on what felt like a really big pitch at a virtually empty Wembley, he was absolutely relentless. 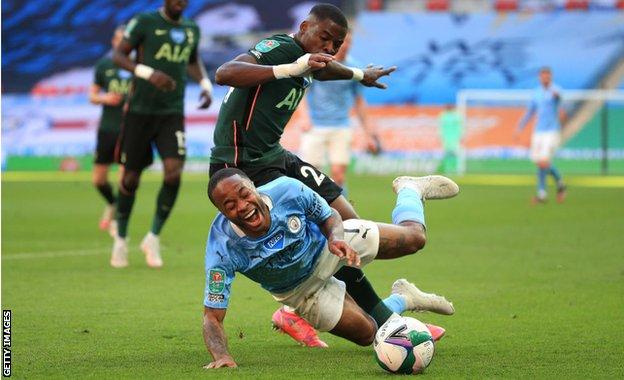 He just kept driving at his defender at every opportunity, running inside and outside and, along with Phil Foden and Riyad Mahrez, he was an absolute nightmare to stop.

It's so tough to second guess City boss Pep Guardiola and his plans for PSG, but I would start with that same front three. Between them, they have got everything – pace, trickery and close control – and they fit into the way the team is playing too.

As always, Guardiola's problem will be who he leaves out. You could make a case for starting Sergio Aguero and Gabriel Jesus too, or one of the midfielders if he wants to go with a false nine.

If Jesus is picked instead, then he would work very hard, of course, but in City's current system, I just feel like there are more ways of hurting PSG with that trio playing and always running at their defence.

'Of course Pep trusts him – he loves him' 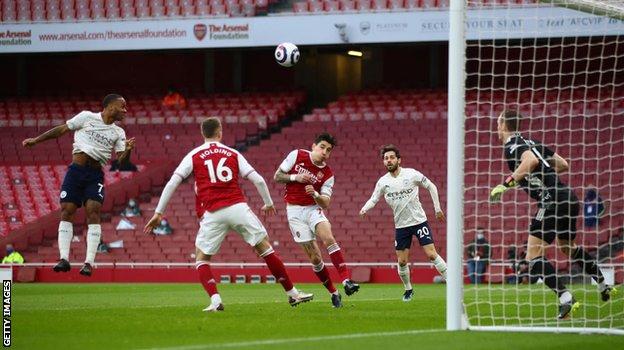 Raheem Sterling has not scored in any of his past 10 appearances for City since heading home the winner against Arsenal on 21 February. In total in 2020-21, he has hit 13 goals in all competitions – in 2019-20 he managed 30

The only thing Sterling is missing at the moment is a goal – he hasn't scored for his club since he got the winner against Arsenal on 21 February – but he was very unlucky not to put that right against Spurs. He did not look to me like a player who is short of confidence in goalscoring situations.

He came over to the left side a lot against Tottenham but he is one of the best players I have ever seen at running inside, and knowing when to arrive at the right position and moment to score.

It's his trademark, isn't it? He has got a great anticipation of where the ball is going to be inside the area, and then makes that little burst of acceleration to get there.

It seems easy, but it's actually very special that he keeps on doing it. He might miss a few but he scores a heck of a lot more.

When Sterling was left out against Dortmund earlier this month – he played only two minutes across both legs – it was seen as a snub or a lack of trust by his manager, but that's nonsense. 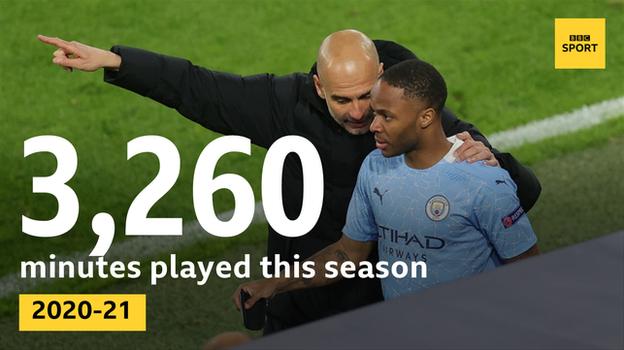 Ruben Dias (3,793) and Rodri (3,506) are the only Manchester City outfield players to have played more minutes in all competitions than Sterling this season. Since Guardiola took charge in 2016, he has given Sterling 205 starts. Kevin de Bruyne (190), Fernandinho (180) and Kyle Walker (163) are next on that list

Since Guardiola arrived at City in 2016, he has picked Sterling on more occasions in all competitions than any other player. This season too, while City's team has rotated heavily, only two outfield players have played more minutes – Ruben Dias and Rodri.

So, of course Pep trusts him – more than that, he loves him and he knows how to get the best out of him.

Sterling repaid that faith on Sunday by helping City win another trophy – now they move on to the big one.

The key to beating PSG?

I'm feeling pretty confident about City's chances of getting past Paris St-Germain and reaching their first Champions League final, but they have to get things absolutely spot-on defensively.

City have been solid at the back for most of the season but we saw in the FA Cup semi-final defeat by Chelsea that their high defensive line can be caught out by fast counter-attacks.

PSG will try to do the same, and they have a lot more quality up top. 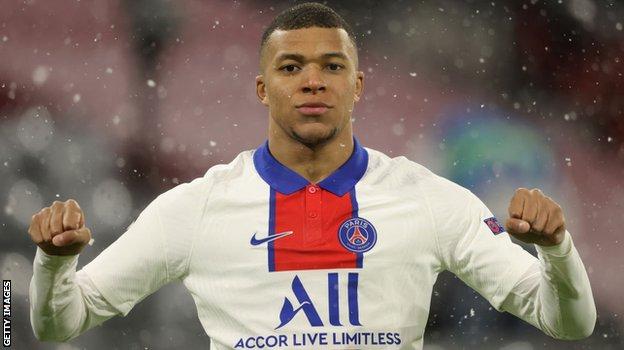 Kylian Mbappe limped off in the 87th minute of PSG's win over Metz on Saturday, but is expected to be fit to face City at Parc des Princes

Kyle Walker's pace is going to be crucial in coping with Kylian Mbappe on the break, but ideally City won't leave themselves exposed at all in that sense because that is the only way I see PSG hurting them.

I want City to make sure there is always a midfielder sitting in front of the defence, who can engage Mbappe when he starts to go at them, rather than leaving him space to build up speed.

Do that, and keep him quiet, then City should win. They should control the game in terms of possession and create chances; they just have to take them.