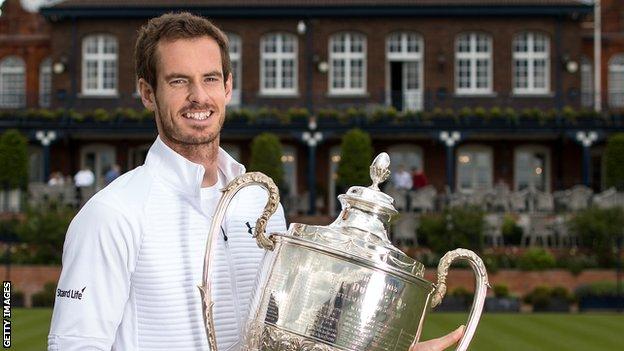 Murray, 34, has been struggling with a groin injury and chose to miss the French Open.

If he beats Paire, the Scot could play Italian top seed Matteo Berrettini in the second round.

British number one Dan Evans, one of four other home players in the draw, faces Australia's Alexei Popyrin.

Cameron Norrie, who has been in fine form on the ATP Tour this year, meets Spain's Albert Ramos-Vinolas in his opening match.

The 25-year-old British number two has the chance to earn a measure of revenge against Ramos-Vinolas, who denied him a first tour-level title in the Estoril Open final last month.

How to follow Queen's on the BBCLive scores, results and order of playAlerts: Get tennis news sent to your phone
Source