Rachael Blackmore earns the plaudits after riding Honeysuckle to victory in the Champion Hurdle at Cheltenham, becoming the first female jockey to win the race; AP McCoy: “I really do think that if there was ever going to be a woman champion jockey, it’ll be Rachael Blackmore” 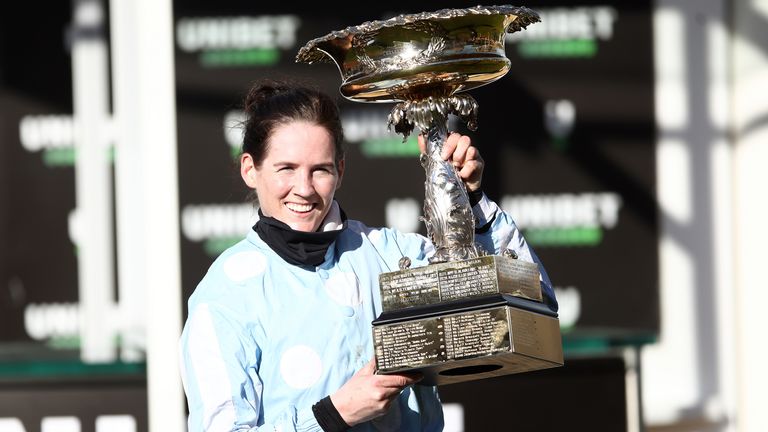 Sir Anthony McCoy believes Rachael Blackmore could “very easily” be a future champion jockey after she made history with victory in the Unibet Champion Hurdle.

Blackmore became the first woman to partner the winner in the feature event on day one of the Cheltenham Festival, notching the 13th Grade One victory of her career aboard Henry de Bromhead’s exceptional mare.

She has finished in the top three in the Irish jockeys’ championship for the last two seasons and is currently in second this term, just six winners behind Paul Townend.

Blackmore’s efforts put her within striking distance of a riders’ title, in McCoy’s view. 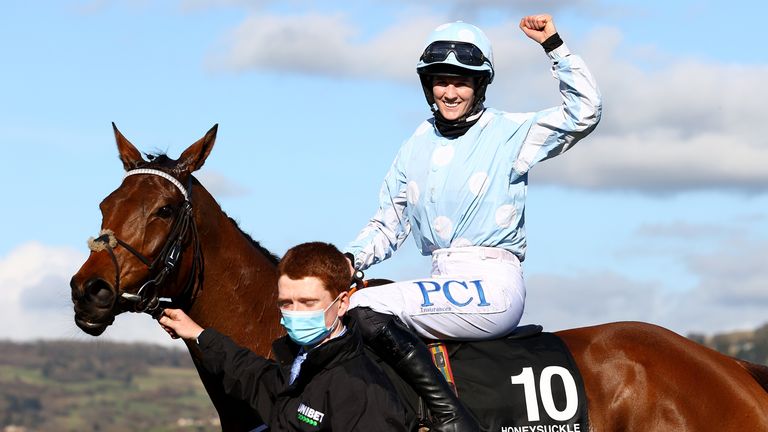 He told ITV Racing: “She walks the walk more than she talks the talk. I’ve often said I thought it’d be really hard for a girl to be champion jockey, but she could very easily be – she’s as good as any girl I’ve seen on a horse.

“She gave herself all the options there. She knew she was riding a mare that stayed well – she kept her out of trouble, she kept it pretty simple on her as a whole. She’s delivered on the biggest stage.

“She’s class. Obviously Honeysuckle’s a class mare, but we keep heaping praise on her – and rightly so. She’s bombproof, she keeps everything simple. She makes very few mistakes, she’s got it all.

“I really do think that if there was ever going to be a woman champion jockey, it’ll be Rachael Blackmore.”

The 20-time British champion also hailed Honeysuckle, who was making it 11 starts unbeaten under rules.

McCoy added: “That was great to watch. She’s a brilliant mare, brilliantly ridden. All those ones beside her name – she’s a proper champion. You can’t take anything away from her.” 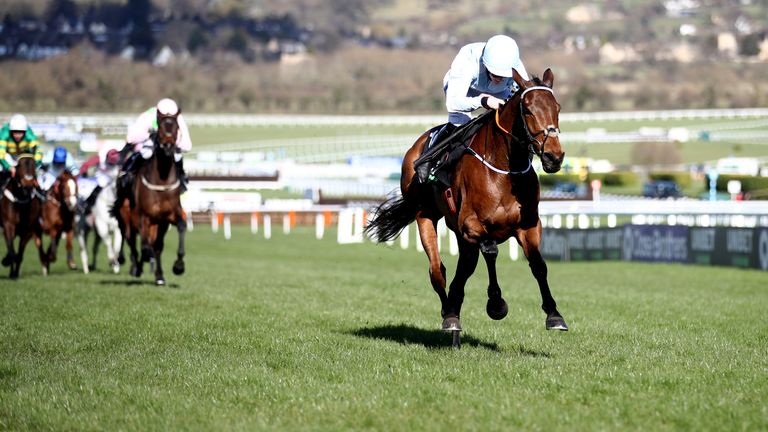 Ruby Walsh, another great of the weighing room and a 12-time Irish champion, was similarly impressed with Blackmore’s ride – praising her tactical awareness.

He said: “It was magical to watch. Rachael was brilliant on her as well – tactically she did all the right things. It was the simplicity of it – she rode her wide, as she always does, and got a really good look at the first hurdle.

“It was simple to watch, but it was brilliant to watch. Race-riding is about tactics – it’s about doing the right things and making the right decisions. That’s what she does as well, if not better, than anyone else.”