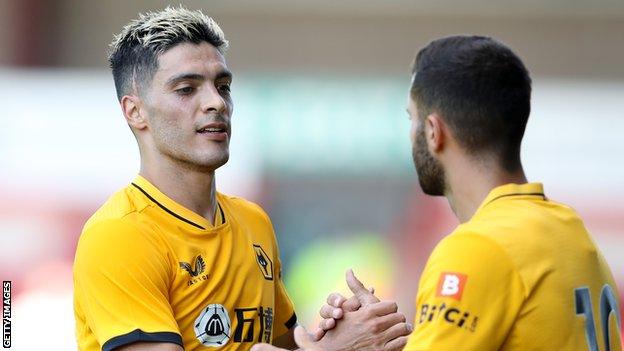 Jimenez was replaced by Patrick Cutrone after 30 minutes

Raul Jimenez made his long-awaited return from injury as Wolves fell to a 1-0 pre-season friendly defeat at League One side Crewe Alexandra.

The Mexican striker, 30, had not played since he suffered a fractured skull at Arsenal on 29 November.

Wearing protective headgear, Jimenez struck the bar with a free-kick before being replaced by Patrick Cutrone.

Jimenez was cleared to return in May, but Wolves decided not to risk him for the final game of the season against Manchester United.It was also decided he would miss the Olympic Games even though Mexico were keen to choose the former Benfica forward as an overage player.

Elsewhere, Patrick Vieira enjoyed a winning start as Crystal Palace manager as Wilfried Zaha scored the only goal in their friendly at League Two Walsall.

Neither of his two new signings, Michael Olise and Remi Matthews, were involved at the Banks's Stadium, although Nathaniel Clyne did feature for the first 45 minutes despite not yet signing an extension to his contract, which expired in the summer. 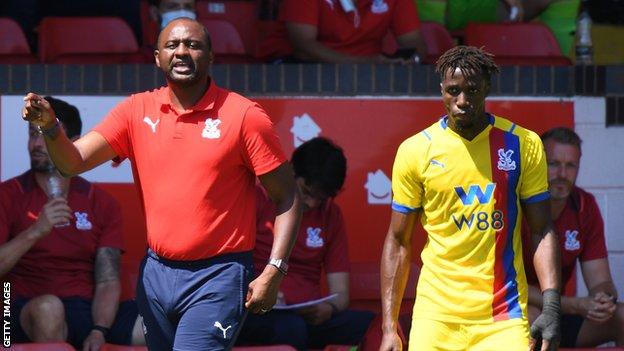 Zaha was the stand-out performer for Palace, finding the net four minutes before the interval with a first-time finish after a neat turn and exchanging passes with striker Rob Street.

There was no debut success for new Tottenham boss Nuno Espirito Santo, however, as Leyton Orient held the Premier League club to a 1-1 draw at The Breyer Group Stadium.

Striker Dane Scarlett, 17, fired Spurs into the lead just before half time with a left-footed finish from a Lucas Moura pass.

However, Ruel Sotiriou levelled for the League Two side with a fine solo effort, just four minutes after replacing Paul Smyth. 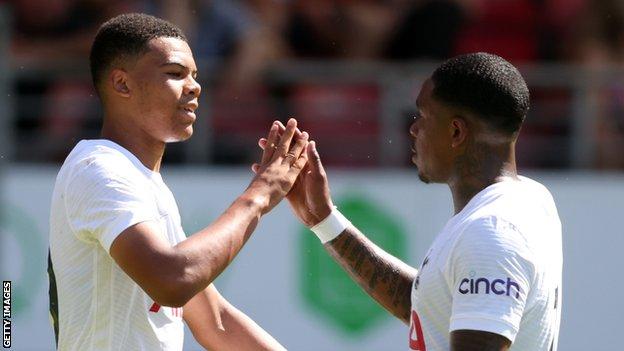 The Portuguese left-back, signed from Benfica, cancelled out Leon Balogun's opener for the Scottish champions with a clinical right-footed finish from a tight angle in the 23rd minute. 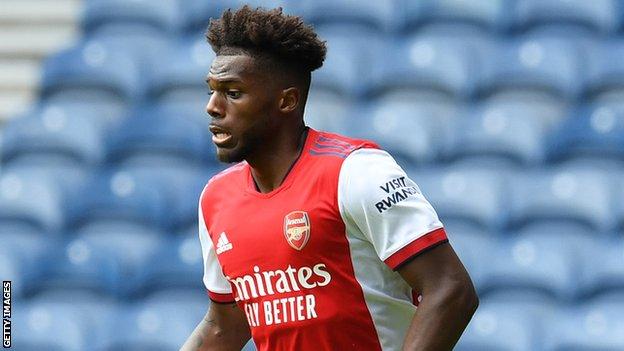 New signing Nuno Tavares was on target for Arsenal at Ibrox

Before the game, both clubs offered a message of support to Arsenal's Bukayo Saka, who received racist abuse on social media after his penalty was saved during England's Euro 2020 final shootout defeat by Italy.

Hakim Ziyech bagged a second-half hat-trick as Chelsea recorded a resounding 6-1 win over Peterborough at the Blues' Cobham training base.

Siriki Dembele opened the scoring for the Championship side with a penalty before Tammy Abraham's equalised. Christian Pulisic's spot-kick then nudged the Champions League winners ahead before the break.

Ziyech, introduced at the break, netted three times before striker Armando Broja, 19, completed the rout for Thomas Tuchel's side.

Brentford warmed up for their first top-flight season since 1946-47 by beating Wimbledon 1-0, with Joel Valencia's first-half header enough to earn Thomas Frank's side a narrow victory at Plough Lane.

And while Manchester United were not in action, midfielder Bruno Fernandes stepped up his preparations for the new campaign as the Portugal international stopped by boyhood club Boavista for a training session.

Fernandes had been on holiday after his national team's exit at the last-16 stage of the European Championship.

The 26-year-old, who scored 28 goals for United last season, came through Boavista's academy before joining Italian club Novara in 2012. 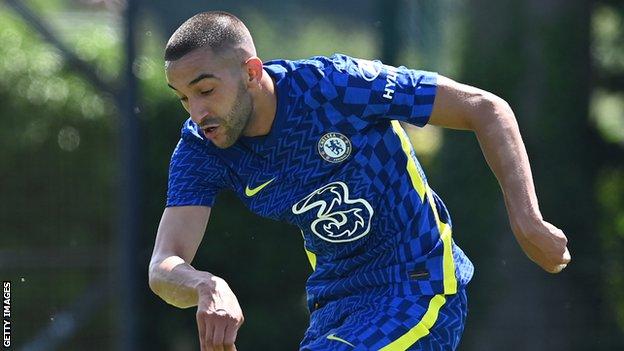