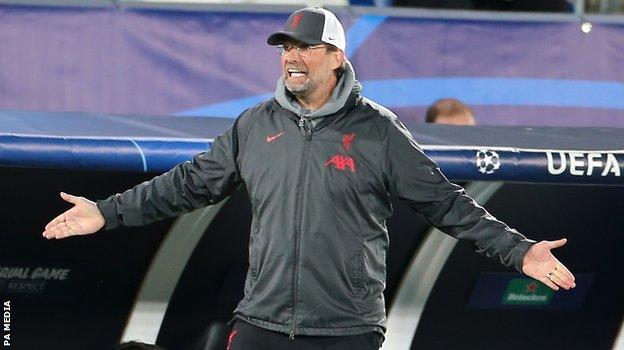 The Champions League is Liverpool's last hope of silverware this season

In normal circumstances, I'd say Liverpool had a decent chance of turning around any Champions League tie at Anfield from 3-1 down.

Next week's quarter-final second leg against Real Madrid will be not be played in normal circumstances, though.

When Liverpool turned around a 3-0 deficit against Barcelona in the semi-final in 2019, Anfield was absolutely rocking from before the first whistle. I was there and the fans played a massive part in that result, it simply wouldn't have happened without them.

This time, the stadium will be completely empty and it has also become a place where Liverpool cannot remember how to win.

It is more than three months and eight games since they beat Tottenham there on 16 December. Jurgen Klopp's side have lost six of those matches, and scored in only two of them.

So, the kind of swashbuckling performance Liverpool will need to reach the last four is something we have not seen from them there for an awfully long time.

Saturday's home Premier League game against Aston Villa could be the sort of springboard Liverpool need if they beat them in style, but realistically it has just become a game where they need a win – however they do it. 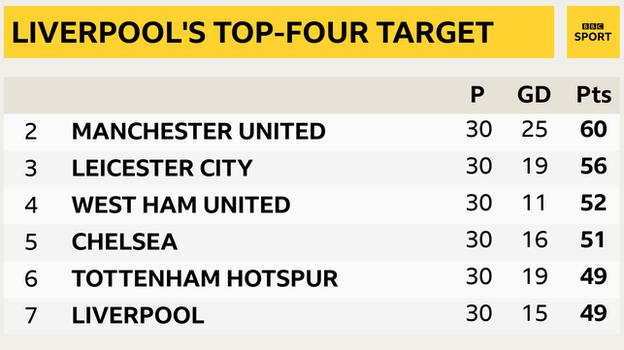 Liverpool can no longer catch Premier League leaders Manchester City, who have 74 points, so the defence of their title ended at the weekend. Their target now is to finish in the top four

Their hopes of being in next year's Champions League are in the balance and they need the three points to stay close to the teams above them in the table as they chase fourth place.

Klopp's side have to go for it now, and hope something clicks. The same will apply in the return against Real, but the worry there has to be what damage the Spanish side will do to them at the same time.

'The first half was a mess' 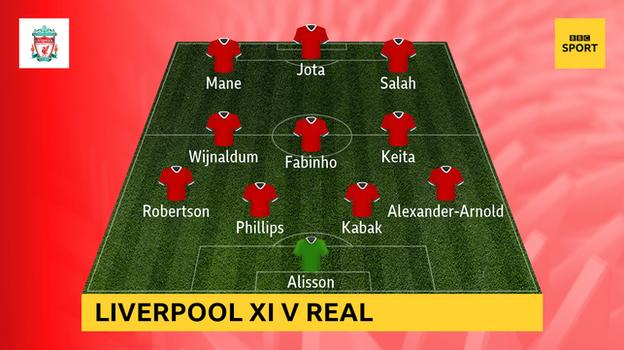 Tuesday was an awful night for Liverpool, and the first thing that went wrong was with Klopp's team selection.

Klopp picked Naby Keita in midfield because he thought Real would man-mark Liverpool, and he wanted Keita in there as a dribbler. It didn't work.

Keita did not last until half-time before he was replaced but Klopp was right when he said afterwards that it was far from just his fault – there were mistakes being made all over the pitch.

The first half was a mess, basically. There was no urgency or ideas on the ball – Liverpool created nothing – and no energy or intensity off it.

Against Real, Liverpool failed to have single effort at goal in the first half of a Champions League game for the first time since 2014. The Reds managed two touches in the Madrid area – Real had 19 touches and nine shots

To stop Real you have to stop their midfielders from playing, because they are the heartbeat of the team. Liverpool didn't do that, and they paid the price.

Mistakes led to both of Real's goals before the break, but Liverpool looked likely to concede all the time whenever they came under pressure and, defensively, they looked well off the pace.

Their two centre-backs, Nat Phillips and Ozan Kabak, have been doing well recently but we are in the later stages of the Champions League and they were up against outstanding players who smell a bit of a weakness with Liverpool at the moment.

It was very easy to open them up, and it happened more than twice. I heard a lot after Liverpool's win over Arsenal at the weekend why Trent Alexander-Arnold should be back in the England squad but maybe this is why Gareth Southgate left him out.

Trent is absolutely outstanding going forward but, defensively, I have my doubts.

'The odds are against the Reds now' 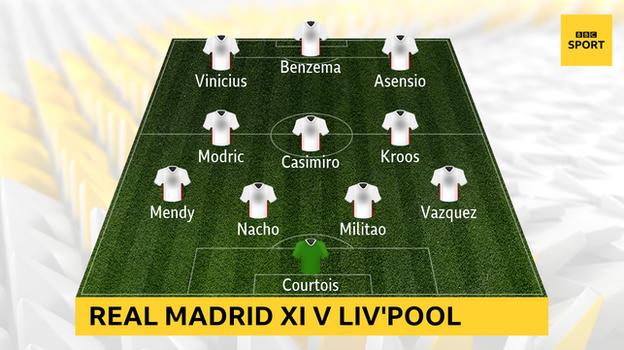 The second half was better from Liverpool's point of view, and their away goal gives them hope for the second leg.

But even when they scored to make it 2-1 I never felt like they had any real control of the game and I just knew Real weren't finished.

One of the few positives for Liverpool to take home is that the tie is not completely out of sight, but it would have been if Real had taken their chances.

And, while I still have faith in Klopp's side going forward, they are so leaky at the back it feels like Real will always get enough goals to progress, if they need them.

I said before the first leg I thought the Reds' chances were 50-50, because Real are not the force they were a couple of seasons ago.

Now, I would say the odds are 70-30 in Real's favour. Liverpool still have a chance of rescuing themselves, but I have not seen much evidence to suggest they can pull it off.

Man Utd boss Ole Gunnar Solskjaer on Son Heung-min: ‘If that was my son he doesn’t get food’