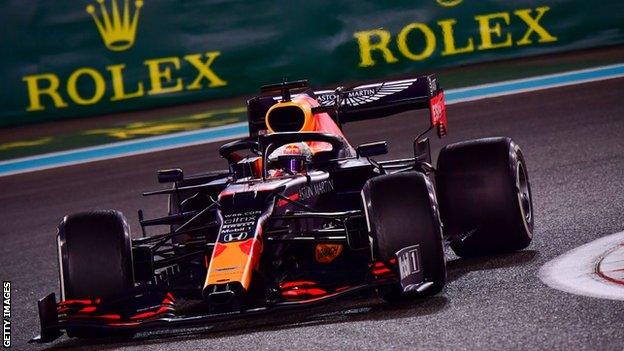 Red Bull's Formula 1 teams will continue to use Honda's engines after the Japanese company quits the sport at the end of this season.

Red Bull has concluded a deal to buy Honda's F1 engine technology and will run the engines until 2024.

The drinks giant has set up a new company to maintain the engines at its technology base in Milton Keynes.

The move has been made possible by a decision by F1 bosses to freeze engine development from 2022-24.

The move is aimed at giving Red Bull flexibility and independence before the introduction of a new engine formula into F1 in 2025.

Red Bull team principal Christian Horner said the company was taking "a long-term view" and that its new engine arm had to be ready to design the power-unit for the 2025 rules as well as maintain the ex-Honda one in the intervening years.

He added: "Strategically, this is a big commitment by the group. It shows their commitment to F1. To bring it on site is an enormous undertaking and one that truly integrates the power-unit into the chassis. We have taken control of our own destiny in that respect."

Honda will continue to develop the engine through 2021 and ensure it is ready for the introduction of a new rule that requires 10% of the petrol used to be composed of bio-fuel in 2022.

Red Bull motorsport adviser Helmut Marko said last week the team's lead driver Max Verstappen has a clause in his contract, which lasts until 2023, that allows him to leave if the team's performance drops below a specified level.

Horner said: "The reality is, yes of course there is an element of performance related to Max's contract. It doesn't relate to the power-unit in any way, it is just a binary performance measurement at a certain point in time.

"As with all these things, though, to force a driver that doesn't want to be there… it is more about relations than contracts and you only pull a contact out of a drawer when you have a problem.

"It will be ultimately down to us to deliver a competitive car. That's we want and he wants so in that respect we are in the identical situation."

Lewis Hamilton last month signed a new Mercedes contract only until the end of this season. Horner said: "Should Lewis decide to stop, then Max would naturally be the driver at the top of the list. But they also have George Russell and other drivers available to them.

"It is all down to relationships and us producing a competitive car. There are no guarantees for 2022. [The technical rules are] a completely clean sheet of paper. If there is going to be a significant mix-up of the order, one would assume it would be with that big regulation change."

Why go their own way?

Honda said in October its decision to pull out of F1 was based on its pursuit of a carbon-neutral future for its road-car business.

On Monday the company said it believed the decision to allow Red Bull to continue using its technology was "the right thing to do to help our two current teams and indeed the sport as a whole".

The 2021 season will be Honda's last year in F1 and the company has designed a new engine it hopes will enable them and Red Bull to challenge for the title against Mercedes.

Red Bull preferred to take over the Honda engines for the senior team and Alpha Tauri rather than become a customer of either Renault or Ferrari.

The move gives them a number of options heading into the 2025 engine change.

One of the key objectives of governing body the FIA is to ensure the engine design is more affordable than the current highly advanced and efficient but extremely complex and expensive 1.6-litre turbo hybrids.

With its own engine facility, Red Bull could theoretically build up its resources to enable it to manufacturer its own engine at that stage if it can raise sufficient finances, while the prospect of partnering with a new manufacturer should one come in to the sport remains a possibility.

F1 bosses are currently in talks to finalise the new engine that will be introduced in 2025 with both existing and potential manufacturers.

Among those involved in the talks is Porsche, a member of the Volkswagen group that has long played with the idea of entering F1.

VAG was involved in talks over the current engine formula when it was being planned in the early part of the 2010s but in the end decided not to take the plunge into F1.

Horner said Red Bull were open to having a partner, whether a car manufacturer or another type of company, but "won't be beholden upon it".