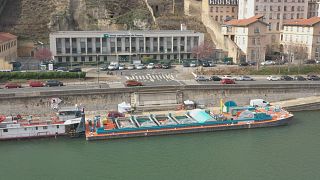 River’tri docks on the Saône in the French city of Lyon once a week. It’s Europe’s first waterborne waste collection facility and sorting unit of its kind. The boat can collect up to 300 tonnes of waste a year and is used by 5000 people.

Lyon is France’s 3rd largest populated city and it has only two permanent waste collection centres. That’s why River’tri was created, to meet waste disposal needs there. The barge takes just 30 minutes to set up and every Saturday unwanted bulky items can be dropped off on Quai Fulchiron where it docks.

Michel Celemenski is a local who uses River’tri. He tells us that “the welcome is very nice and the way it is organised is very fitting and it flows”.

Not only is the barge helping the locals get rid of unwanted large items, but it’s also reducing traffic. Residents don’t have to drive to the further away permanent waste disposals. As Aurelie Pavageau, the CEO of Sita Lyon-Suez says, “it’s innovative because we use the rivers, which is not very common in Lyon. It means we can avoid trucks on the road and it helps preserve the environment”. 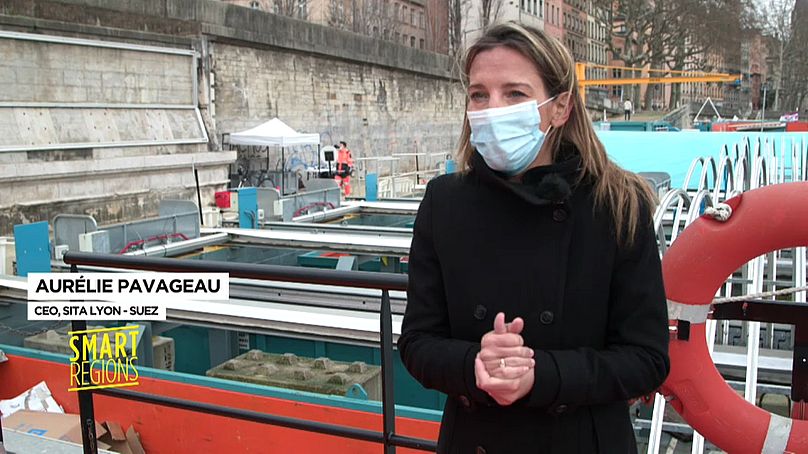 The project started in 2016 and was experimental for two years. It had a budget for those two years of over 1.8 million euros. 36.7% of this came from the European Cohesion Policy. After the first two test years, River’tri was taken over by Suez-CFT for an annual price of 500 000 euros. They have a project to develop further mooring points and the amount of waste the barge can carry.

The barge is also equipped with remote-controlled scoops that allow the loads to be evenly spread throughout the barge. They make it easier for the users, so they do not hurt their backs when depositing sometimes heavy items.

At 5 in the evening, River-tri undocks and heads some five kilometres downstream where the sorted waste is then put into containers. These containers are then taken to be repurposed or to recycling units. 90% of the wood recovered at River’tri is crushed and will be given a second life. Stephane Duru is the head of the Treatment and Recycling Unit, in Lyon’s Water and Waste Department. He tells us that the repurposed wood will be used “to make kitchens, bathrooms, cupboards, and chipboards that you find in DIY stores”. 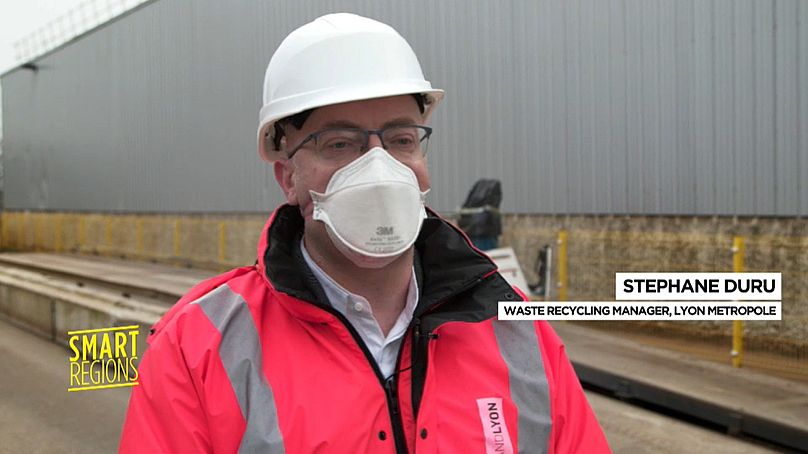 As for the low-quality wood that is retrieved, that is turned “into wood chips that will then be used as fuel”.

The River, the people of Lyon and this project have all come together to make sure this circular economy initiative is plane sailing.