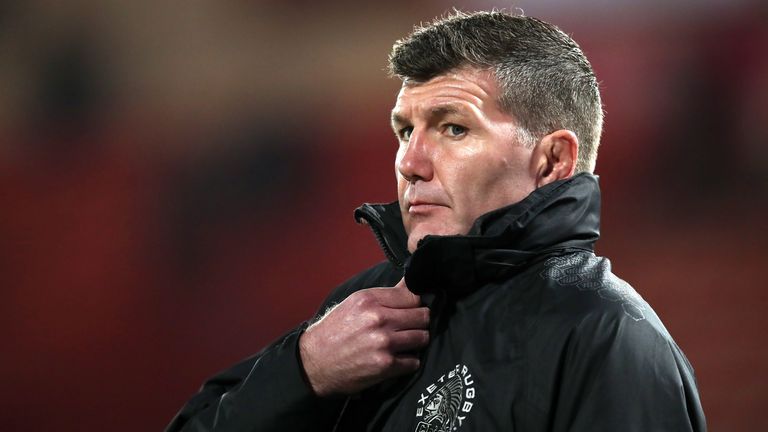 Baxter’s reigning champions meet a side who are appearing in the last eight for the 16th time as they chase down a record fifth major title on the continental stage.

But Baxter insists history has only limited meaning as Exeter look to follow up on the Premiership and European double completed in 2019-20.

“It’s a very significant challenge, but is it any bigger than last season?” said Baxter.

“You’ve got to get perspective and move on from the history of seven, eight, nine or 10 years ago.

“Leinster were the first team we played in the Heineken Cup in 2012 and there was a fair bit of underestimation from them. They sneaked through 9-6 over in Ireland. 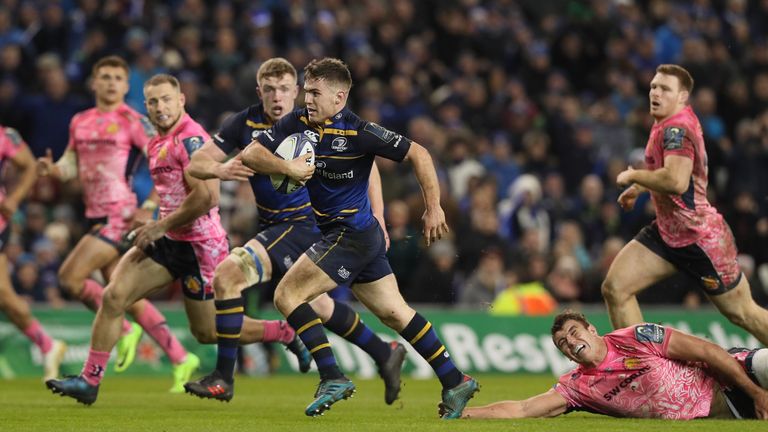 Leinster have won all of their previous four Champions Cup games against Exeter, the last coming in 2017

“Since then we’ve met a few times and they’ve come out on top, but we’ve moved on to a degree.

“I’m not saying we’re meeting on a level playing field, but it’s far more level than to talk about past history too much.

“If we talked about history then Exeter would never be near the final of the Premiership or a European Cup. We’ve now won both.

Exeter and Sale are the only Premiership clubs to reach the quarter-finals, while five French sides are represented with four of them colliding in all-Top 14 ties.

Bristol, Wasps and Gloucester all fell at the round-of-16 stage but Baxter denies the smaller contingent reflects poorly on the English top flight.

“This is only our third quarter-final so I know how hard it is to qualify. When you get to the last eight of Europe, how many Premiership clubs should be there?” he said.

“We’ve got two in the quarters – a quarter of the clubs. It’s not a bad showing in a bad year. It doesn’t feel that strange to me.

“There are reasons why you’d like lots of English clubs there because it might mean you could go all the way to the final and never have to leave England.

“In the current climate, with the doubts on travelling and hotel staying and the difficulty in organising those things, that would be nice.”

England wing Jack Nowell continues his recovery from a hamstring injury and is closing in on making his first appearance of the season.

“We’re at that stage where you tend to get to with Jack Nowell’s recovery whereby we’ve got the reins on him and we’re holding him back, but he’s there or thereabouts,” Baxter said.