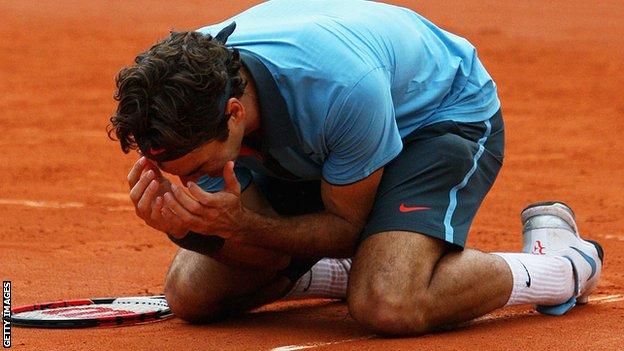 The red dirt on the shoes is included as Roger Federer prepares to auction off some of the kit that has taken him to a record 20 Grand Slam men's singles titles.

Among the items going under the hammer on 23 June are clothing and racquets the Swiss great used in his 2009 French Open final win over Robin Soderling – his sole Roland Garros title – and the smart white cardigan he donned for his 2012 Wimbledon final win over Andy Murray.

If your wallet does not stretch that far, there is also an auction for 300 smaller items – such as wristbands he wore in his 1,500th professional match, in July – with proceeds from both going to Federer's charitable foundation.

"Every piece in these auctions represents a moment in my tennis career and enables me to share a part of my personal archive with my fans around the world," Federer, 39, said.

"More importantly, the proceeds will support The Roger Federer Foundation to help us continue to deliver educational resources to children in Africa and Switzerland."

Christie's low estimate values the collection at £1m but it hopes it may reach £1.5m. 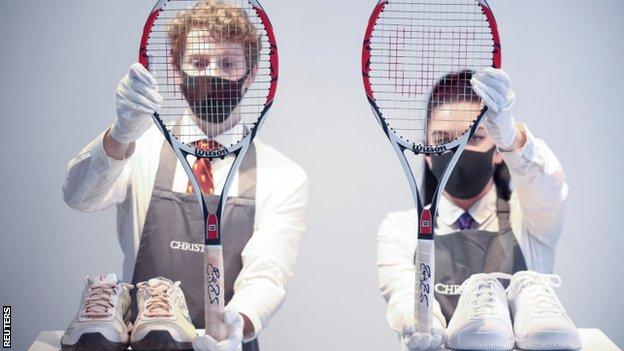 What price a piece of history?Live scores, results and order of playAlerts: Get tennis news sent to your phoneSnooker-tastic!: The heroes and villains that helped snooker reach its glory yearsHave an evening in with films on iPlayer: From action to romance, there's a movie for everyone
Source