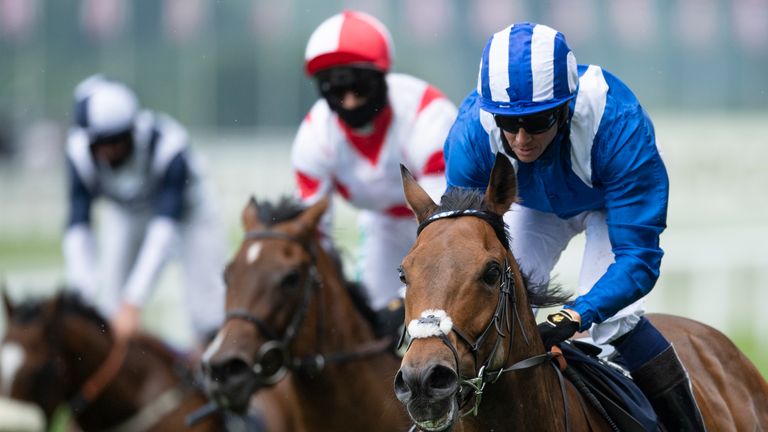 Battaash has shown no signs of slowing ahead of the defence of his King’s Stand crown at Royal Ascot, according to Shadwell Stud racing manager Angus Gold.

Charles Hills’ seven-year-old returns to the Royal meeting on Tuesday for his seasonal reappearance, having finished unbeaten in three runs during 2020.

Gold, who manages the runners for Battaash’s owners Shadwell Stud, says it is all systems go for the Royal meeting, where the famous blue and white colours will be typically well represented.

On Battaash, Gold told Sky Sports Racing: “Charles Hills very kindly sends videos of every workout. He looks in great form and they say he is moving as well as ever. He seems to have all his enthusiasm still.

“He’s a year older now so you never quite know but the signs at home are good.

“He’s been such a star for us. We want to get him round in one piece. If he wins, fantastic, but at some stage he’ll no doubt slow down. From what they’re seeing at home they don’t think he has yet.”

It will be an emotional week for Shadwell as they prepare for a first Royal Ascot since the death of owner Sheikh Hamdan Al Maktoum.

“Sheikh Hamdan was particularly close to the good horses. He’s playing himself right up there now and I know Sheikh Hamdan thoroughly enjoyed him.

“Last year he had arguably his best year. He didn’t run much but he was unbeaten in three races. It would be wonderful if he could come out and do it again.”

Shadwell will hope to double up on the opening day of Ascot’s five-day meeting with promising three-year-old Mostahdaf in the Group One St James’s Palace Stakes for trainers John and Thady Gosden.

The recent Sandown winner is unbeaten in his three career starts to date, beating Highland Avenue in the Listed Heron Stakes last month. “He’s won his three races and I thought he did well the other day at Sandown in conditions not necessarily ideal for him but he ground it out well,” Gold said.

“His future is all ahead of him. It’s a big jump up into Group One company and it will tell us a lot more about the horse.

“We left him alone last year, he had a very easy year. John has brought him along slowly this year. The pedigree would suggest he’ll get better.” 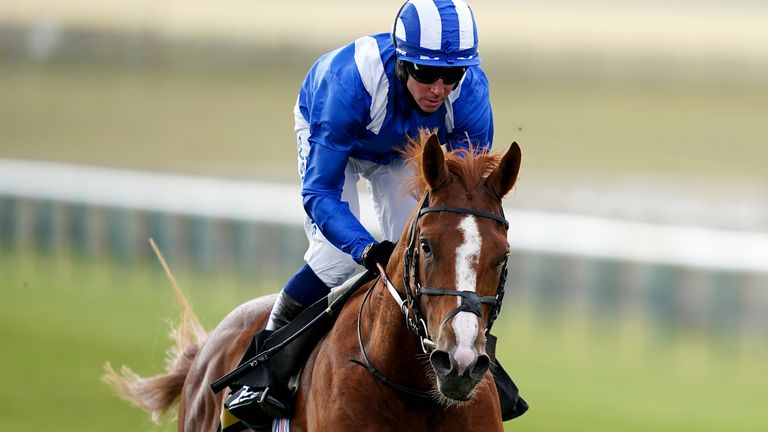 Mohaafeth heads for the Hampton Court Stakes after trainer William Haggas opted not to run the colt in the Cazoo Derby at Epsom, having deemed the ground unsuitable following heavy rain the day before the big race.

“Luckily I didn’t have to make the call,” Gold said. “William Haggas, from mid-Friday afternoon was reticent about the idea, particularly after Al Aasy got run out of it in the Coronation Cup. That didn’t help his mood any!

“The ground was drying and it wouldn’t have been far off good by the end of it but it just wasn’t what William felt was going to be the best chance of winning a Derby. With it being so close to Ascot, he just felt it wasn’t the right thing to do. 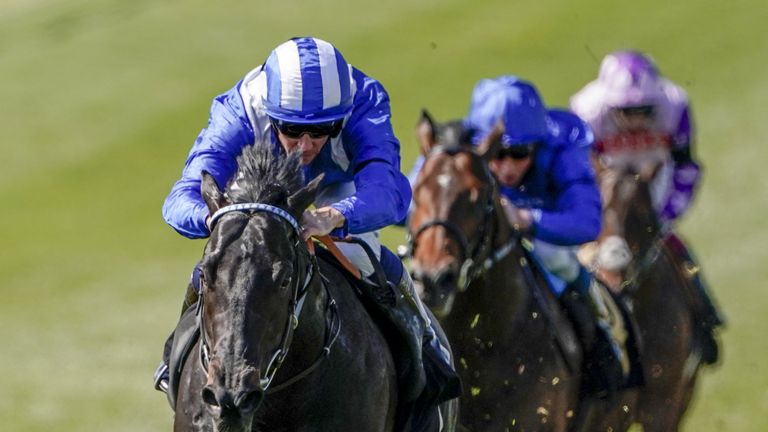 “There are various people around the horse who think he may be a mile-and-a-quarter horse over a mile-and-a-half horse. He’s certainly not short of speed as we saw at Newmarket on his last start.

“He’s not a great, big, galloping type of horse physically. He’s quite neat and he looks quite sharp. The idea of the Hampton Court is if he was to go and win it, we have the option of the Coral Eclipse three weeks later.

“He’s an improving horse, his confidence is sky high and we’ll go into the meeting with a good chance.”

Shadwell’s other hopes are led by Hukum in the Group Two Hardwicke Stakes next Saturday. The Owen Burrows-trained four-year-old booked his place with victory in the Listed Tapster Stakes at Goodwood last month. 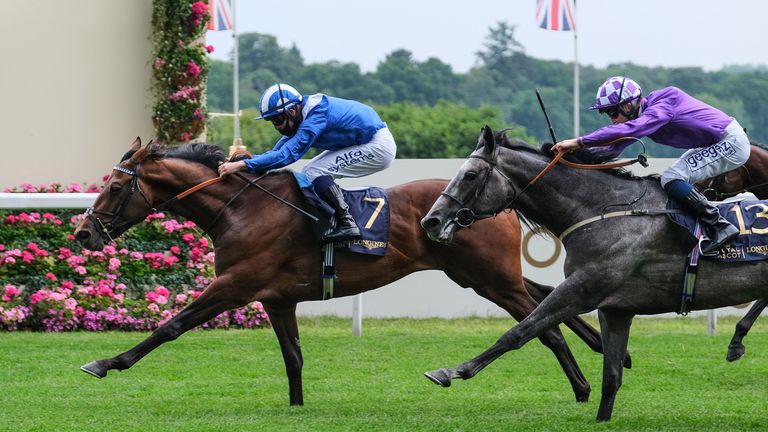 “I think he’s been really good,” Gold said. “He took his time to win at Goodwood but Owen felt he was only going to improve from that.

“He gave him a bit of work this week and said he really sharpened up for it.

“On his pedigree, he’s only going to be better as a four-year-old so hopefully this is his year.

“The interesting horse will be Mutasaabeq, who ran at the 2000 Guineas and that didn’t work out. Whether it was lack of experience or whether he wasn’t quite good enough, it’s hard to say at this stage.

“Charlie Hills gave him an easy time to get over that and he worked very well last week. Jim Crowley rode him and was very happy with him.

“He’s going to run in the Jersey Stakes to see whether seven furlongs is more his game. I think this should be the right sort of race for him.

“We’ve got an improving horse called Alfaadhel who is a Night of Thunder horse for Roger Varian. He’s won his last two starts and runs in the Golden Gates Stakes on the Saturday.

“It’s hard to say how good he might be but I think he will stay a mile-and-a-half in time. He’s one of those three-year-olds who is improving at the right time of the year. Hopefully, he’ll give a good account of himself.”