William Jarvis keeping Lady Bowthorpe at a mile for the Duke of Cambridge Stakes at Royal Ascot on Wednesday after second behind Palace Pier in the Lockinge at Newbury; watch every race at Royal Ascot live on Sky Sports Racing, June 15-19 Lady Bowthorpe is among a field of 14 as the Lockinge runner-up is back against her own sex in Wednesday’s Duke of Cambridge Stakes at Royal Ascot.

Having returned to action with a victory in the Dahlia Stakes at Newmarket, the five-year-old took her form to a new level on her most recent outing.

She beat all bar John and Thady Gosden’s Palace Pier, arguably the best miler in Europe, and was over five lengths clear of the third.

Trainer William Jarvis said: “She had a hard race in the Lockinge.

“To finish second to Palace Pier was no disgrace at all and we were five and a half lengths clear of a pretty smart field. On the back of that her rating went up to 117 – she’s a very high-class mare.”

While Jarvis is happy to stay at a mile for now, he is inclined to step up in trip later in the season.

“I’m very keen still to go 10 furlongs with her, so I’ve got my eye on the Nassau Stakes,” he said.

“If things went OK at Royal Ascot, she could easily go to the Tattersalls Falmouth Stakes at the July meeting, and then 10 furlongs.”

Chief among her rivals is likely to be Johnny Murtagh’s Champers Elysees, a Group One winner last year but below form so far this season. 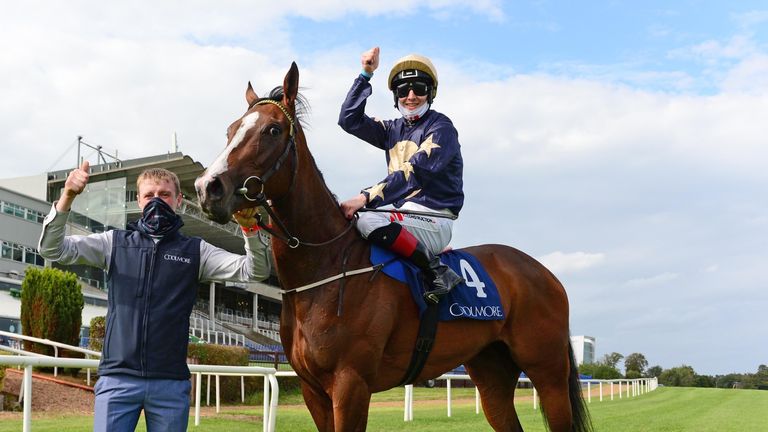 Queen Power, Agincourt, Lavender’s Blue and a previous Royal Ascot winner in Charlie Fellowes’ Onassis are all in the mix at this stage – as well as Archie Watson’s Parent’s Prayer, an easy winner at Epsom last week.

One notable absentee was the Mikel Delzangles-trained Sagamiyra who had been prominent in the ante-post betting.

The Queen Mary has attracted 26 entries, including Wesley Ward’s Twilight Gleaming, while Frankie Dettori is jocked up on fellow American Artos for George Arnold.

George Boughey’s Beautiful Sunshine has created a big impression to date, as did Clive Cox’s Get Ahead when winning at Ascot first time out.

Aidan O’Brien has eight of the 24 in the Queen’s Vase, with one-time Derby hope Wordsworth among them.

Another trainer who does well in the race is Mark Johnston and he can choose from three, including four-times winner Dancing King.

The Gosdens’ Lincoln winner Haqeeqy is among the acceptors for the Royal Hunt Cup.

Richard Hannon has left in stable stalwart Oh This Is Us, a popular winner at Epsom on Derby day, while Shadwell Estate appear to hold a strong hand with Motakhayyel, Monthatham, Maydanny and Danyah.

The Windsor Castle has attracted 46 juveniles, including O’Brien’s Cadamosto and Ward’s Ruthin, while in the Kensington Palace Stakes 21 entries have been made.