Aidan O’Brien has waited for Royal Ascot to give Love first run of the season in Wednesday’s Prince of Wales’s Stakes; four-year-old last seen winning the Yorkshire Oaks; watch every race at Royal Ascot live on Sky Sports Racing, June 15-19 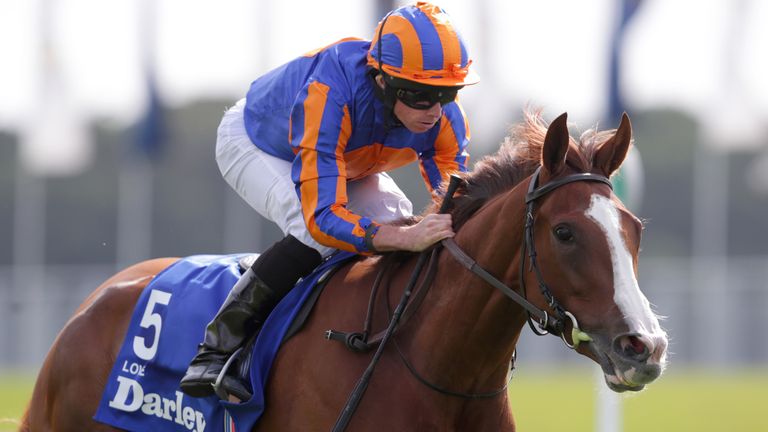 Aidan O’Brien’s filly has not been seen since winning the Yorkshire Oaks by five lengths in August, having previously dominated her own age group in both the 1000 Guineas at Newmarket and the Oaks at Epsom.

The daughter of Galileo missed an intended tilt at the Prix de l’Arc de Triomphe in October on account of soft ground, meaning she will be making her first appearance in 10 months if she lines up for the feature event on day two of the Royal meeting.

O’Brien, who has previously won the Prince of Wales’s Stakes with Duke Of Marmalade (2008), So You Think (2012) and Highland Reel (2017), has also confirmed Armory for this year’s renewal.

The latter looks ready for a return to the top level judged on his impressive comeback victory in last month’s Huxley Stakes at Chester.

The Dubawi gelding failed to replicate his impressive performance of 12 months ago during the remainder of his 2020 campaign, but was back to his brilliant best when landing the Dubai Turf at Meydan in March.

The William Haggas-trained Addeybb filled the runner-up spot behind Lord North 12 months ago before returning to Ascot in the autumn to win the Qipco Champion Stakes.

He is set to renew rivalry following another successful stint in Australia and could be joined by stablemate My Oberon.

The latter has been off the track since winning the Breeders’ Cup Filly & Mare Turf at Keeneland in November.