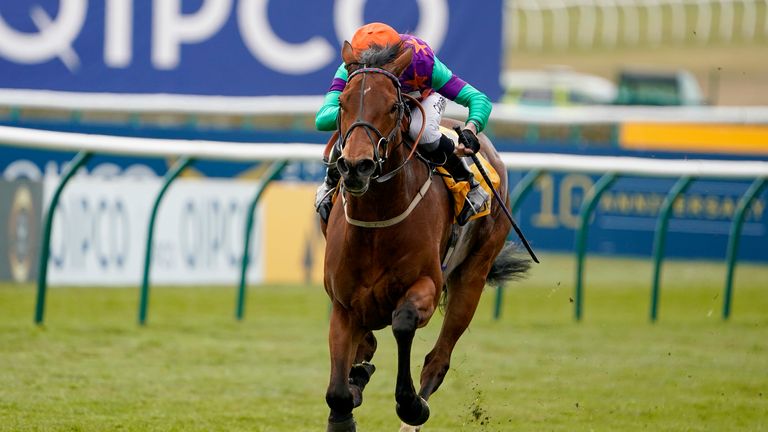 An appearance at Royal Ascot is likely to be next on the agenda for Lady Bowthorpe following her excellent effort in defeat in Saturday’s Lockinge Stakes.

Having made a successful start to her campaign with a narrow defeat of subsequent winner Queen Power in Newmarket’s Dahlia Stakes, the Nathaniel mare stepped up to the highest level to take on the boys at Newbury.

While no match for the brilliant Palace Pier, Lady Bowthorpe pulled clear of the remainder in second, leaving trainer William Jarvis justifiably proud of his charge’s performance.

He said: “She was fine this morning. She was tired and knows she had a hard race yesterday, but she’s a pretty strong filly and I think she’ll be over it in 48 hours.

“We’re thrilled with her. To finish five and a half lengths clear of a pretty rock solid horse (Top Rank) was a very good performance.

“We’ll give her an easy-ish time, but she’s not a filly you can take it too easy with for too long as she bounces back pretty quick. Let’s hope that’s the case and we’ll look forward to her next run.”

The Newmarket handler confirmed a return to Group Two level for next month’s Duke of Cambridge Stakes is set to be next for Lady Bowthorpe, but he is hoping she can strike gold in Group One company before the season is out.

“The Duke of Cambridge seems the obvious race. The timing fits and it looks like the place to go,” Jarvis added.

“It is a Group Two of course, so we’ve got a 3lb penalty, but it could be a stepping-stone to races like the Falmouth or the Nassau Stakes. The programme slightly maps itself out for her.

“I’m dying to go 10 furlongs with her, for sure. There’s lots to look forward to – I’m very excited to have her.”