Wesley Ward has sent another strong team of horses from the US as the trainer looks to add to his 11 Royal Ascot winners next week; Watch every race at Royal Ascot live on Sky Sports Racing, June 15-19 “You feel like you’re in a play or a movie.” American trainer Wesley Ward has had his fair share of Hollywood moments at Royal Ascot. Eleven winners to be precise.

It is clear that Ward – based out of Keeneland, Kentucky – is still as enamoured by the magic of Britain’s premier flat meeting as he was when making history as the first person from the US to train a Royal winner with Strike the Tiger back in 2009.

No stranger to success, Ward recently passed 2,000 career winners. That number includes four Breeders’ Cup victories on his home turf, but for Ward there is something extra special about crossing the Atlantic.

“Everything culminates when it comes to Royal Ascot,” Ward told Sky Sports Racing. “Every trainer brings all their better horses, not only in Europe but all over.

“Everybody has got top hats on, big long tails on their jackets and all the ladies are dressed to the nines. I’m used to it now because I’ve been doing it for so many years but the first few years I didn’t quite get a handle on it.

“It’s a wild place and I hope everyone goes to experience it.” 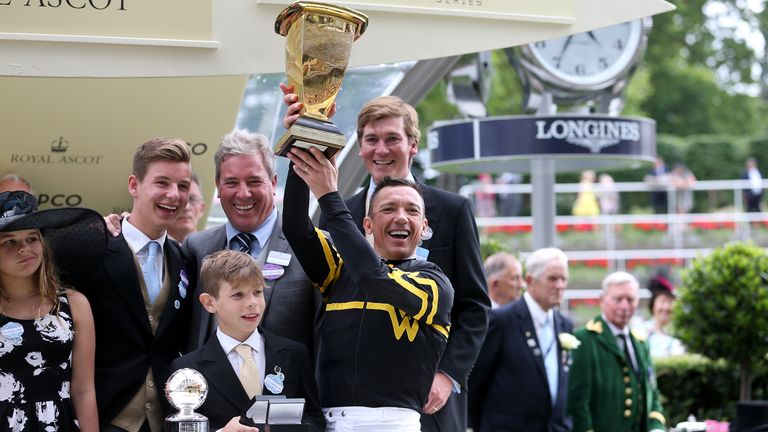 Royal Ascot has quite literally been life-changing for Ward and his family. It has not only had an effect on how he runs his business, but also his personal life.

“Royal Ascot means a lot to me,” he explained. “It’s really helped me to help my family have a better life.

“My son is going to a University now instead of a community college, which is what I could afford. So is my daughter.

“Here in America you’re only centred in on how American people think and live. Now, myself and my family go over there and they’re able to interact with European culture. It’s completely different and hard to explain unless you’re actually there doing it. 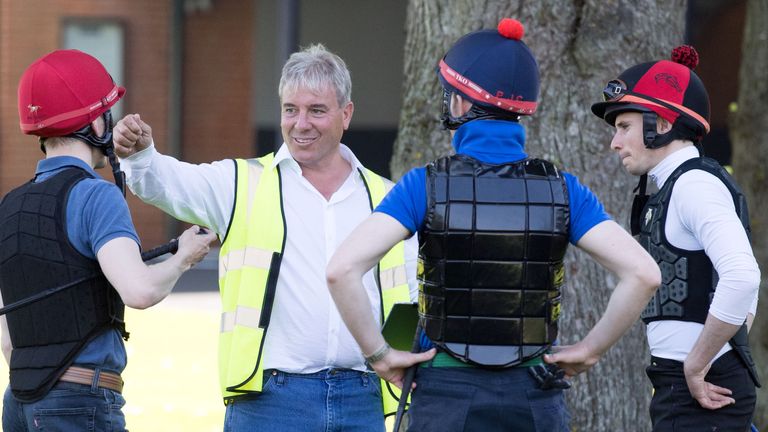 “I’m able to appreciate the way other trainers train. It’s completely different to the American style.

“American racing is more centred in on speed so I’ll instil that in them early on in the breaking process, in their first workouts from the gate.

“I don’t work them until they can come out of the gate quickly.” 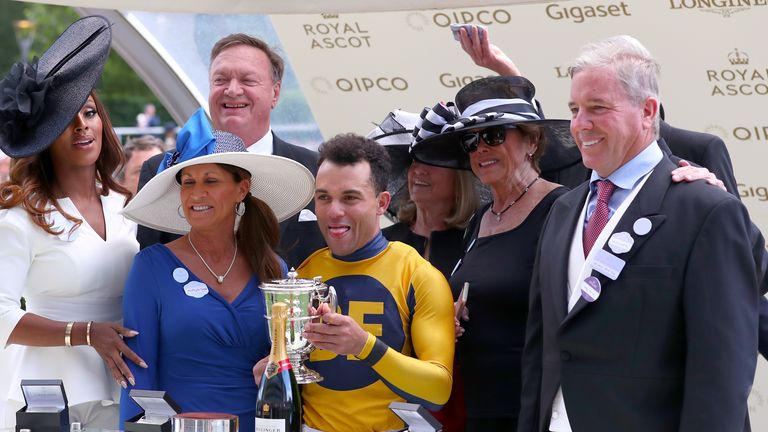 Mike Clark, one of Ward’s exercise riders, who the trainer calls an “old cowboy”, is a key cog in the machine.

“He’s got a very unique ability with the horses,” Ward says of Clark. “I would say he’s the best I’ve ever seen in my life on top of a horse.

“He’s been here years and years. A very funny guy too.

“You’d never know it if you were sitting here talking to him because I don’t know if you can understand him. You have to speak hillbilly. If you’re fluent in hillbilly, you can talk to him. If not, you’ll pick up every third word.”

Clark – in an accent as beautifully raw as Ward had warned – returns the love for his boss.

Who is Wesley Ward?

Over 2,000 career victories as a trainer

Retired as jockey in 1989 and started training two years later

Life on Ward’s huge farm has not always been as comfortable as it is these days. Clark joined the team as one of the first few staff back when Ward was a rookie trainer with lofty ambitions.

Clark explains: “He started training a few and we were in Pomona. We got there, it was still dark and I say: ‘All these horses, there’s about 40 of them, where’s all the help?’

“He says: ‘We are the help Mike’. We had no money. We all stayed in there but we didn’t care. He made sure we ate, made sure I had cigarettes and beer. We were good.”

Clark is confident of more good times to come at Ascot this year.

“We love to win at Ascot, believe me, we love winning there,” he said.

“I like my chances a lot this year. We’ve got some real good ones there. I’m pretty sure we’ll win one or two.

Ward is equally positive on the prospect of adding to his Royal tally, with the help of Frankie Dettori.

Maven, aimed at the King’s Stand, joined reigning Queen Mary Stakes winner Campanelle on the plane, alongside the likes of Ruthin, Napa Spirit and Lucci.

“I think I’m going to have some really good chances in two old horses I’m bringing over,” Ward said.

“Maven – he’s a seasoned horse. He’s been over before. I think they have him installed at 10 or 12-1 but I think he’s a real live longshot.

“The other filly, Campanelle, won there last year. She knows the drill. We also have Frankie Dettori, who is the champion over there so that bodes well.

“With the two-year-olds, it’s hard to separate them. They’re all training really well and worked out great.

“The ones that have won on the grass have already been proven so I think we’re going to be in good shape.”