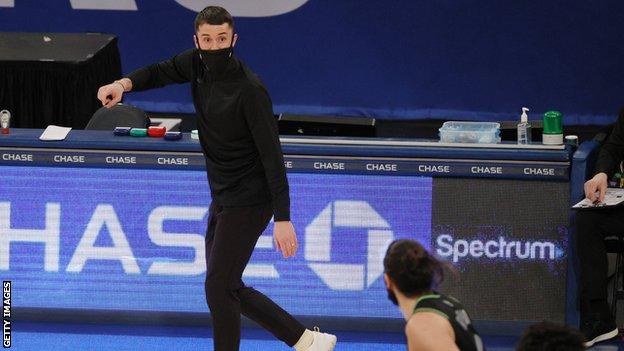 The 103-99 loss was the club's eighth in nine games and the side has won just seven games this season.

Toronto Raptors assistant Chris Finch has been linkedexternal-link with the Timberwolves coaching role.

Finch is a former coach of Sheffield Sharks in England, who led Great Britain's men at the Olympic basketball tournament at London 2012.

Minnesota said firing Saunders was a "difficult decision" and that they would make an announcement about their new coach on Monday.

Milwaukee Bucks – who the Timberwolves face on Tuesday – beat Sacramento 128-115 on Sunday.

Elsewhere in the NBA, Oklahoma City Thunder claimed a second victory in eight games with a 117-101 win against Cleveland – a 10th defeat in a row for the Cavaliers.