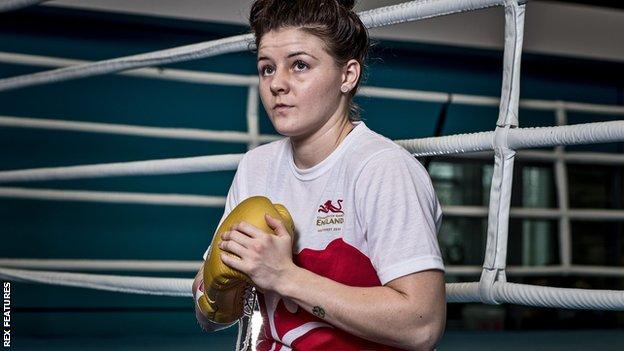 The 27-year-old light-welterweight won gold for England at Gold Coast 2018 but injury and changes to the qualification pathway have ended her Olympic hopes.

"It's just a shame I've been unlucky in the end to be denied the opportunity to get to the Olympics."

Ryan has said on social media that she will be entering the professional ranks this summer.

The Derby fighter's route to the Olympics was dealt a blow after she missed out on last year's curtailed European qualifying event at 69kg – with her hopes then resting on securing a place at the World qualifier event.

However, because of Covid restrictions, that event was scrapped in favour of a points-based ranking system which left Ryan well out of the running to claim a place.

As well as her Commonwealth Games success, during her seven years on the GB Boxing programme Ryan also won a World Championship silver medal and bronze medals at both European Games and European Championships.