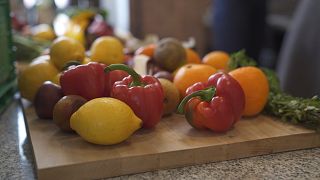 Almost a third of the food produced worldwide goes to waste. That’s equivalent to around 1.3 billion tonnes. This waste is a global issue that has a negative impact on waste management systems, food insecurity, biodiversity and pollution. If food waste were a country, it would be the third biggest source of greenhouse gas emissions in the world.

In the EU alone, 88 million tonnes of food waste is generated each year. Costs associated with this are estimated to be around 143 billion euros.

The European Commission is committed to meeting its Sustainable Development Goals and halving food waste per capita, at the retail and consumer level, by 2030. At the heart of the European Green Deal is the Farm to Fork Strategy. This strategy is looking to make food systems fairer, healthier and more environmentally friendly. That’s why the commission is proposing legally binding targets to reduce food waste across the EU by the end of 2023. It is also looking to revise EU rules on date-marking food by the end of 2022.

Food waste affects many different areas, so there also are many ways to fight it.

Sirplus supermarkets in Berlin have found one effective way to reduce food waste and turn a profit at the same time. The company sells food that can be visually unappealing, mislabeled, or close to the best-before date. 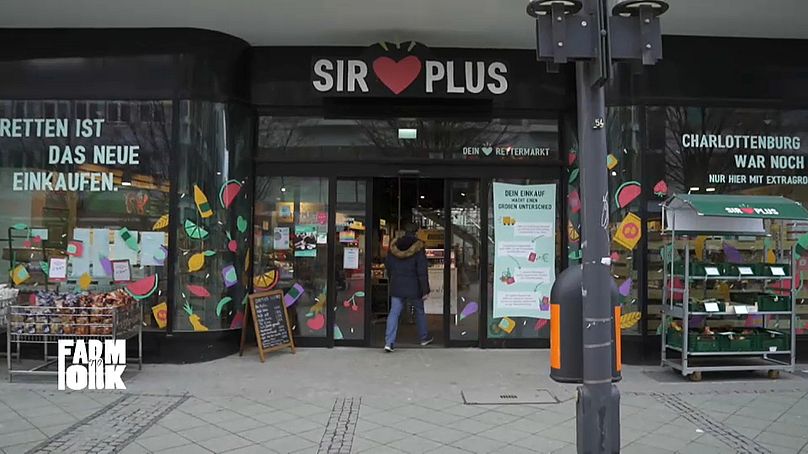 All their products are inspected to ensure that they are safe to eat before being sold in their shops or online. It also sells this food to charities, such as refugee centres and soup kitchens that need cheap food. Food sold at Sirplus can be up to 70% cheaper than conventional supermarkets.

Susanne Zander, the outreach manager at Sirplus, tells us that in 2020 they were able “to save 3.5 million products”. She says that ensuring that this food is not thrown away, means that they’re doing their “bit for sustainability and fighting greenhouse gas emissions”.

Hanna and Theresa work for Restlos Glücklich, a German non-profit organisation campaigning for more sustainable food consumption. They regularly rescue surplus food, which is close to expiring, or visually unattractive for educational projects. 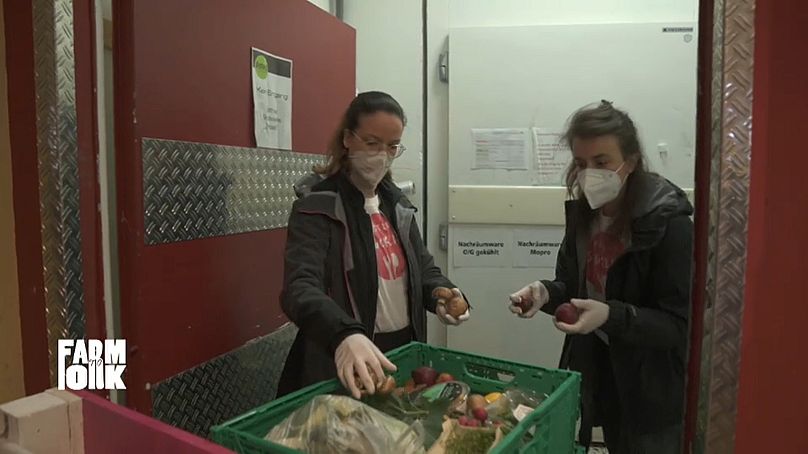 At their headquarters in Berlin, they teach people how to cook good and healthy meals using the food they recover. Showing how to make these under-appreciated ingredients into tasty dishes is also a way of reducing food waste. Hanna tells us that “across Germany 18 million tonnes of food are thrown away every year”. To her “that is totally absurd”. That’s why her association campaigns for food destined to be thrown away “to be reused, for it to be returned to the food cycle and for people to understand what it’s all about, what effects it has on the climate”.

Hanna’s online cooking classes for the association’s followers are also part of the #planetaryhealthchallenge, an international initiative looking to raise awareness about the best diet for people and planet.

Getting people involved in saving food is at the heart of the foodsharing.de initiative, an online platform active in Germany and Austria. It coordinates the pick-up of excess food that is still edible, but would otherwise be thrown away, from people, retailers and producers. It is then taken free of charge by volunteers to public distribution centres. 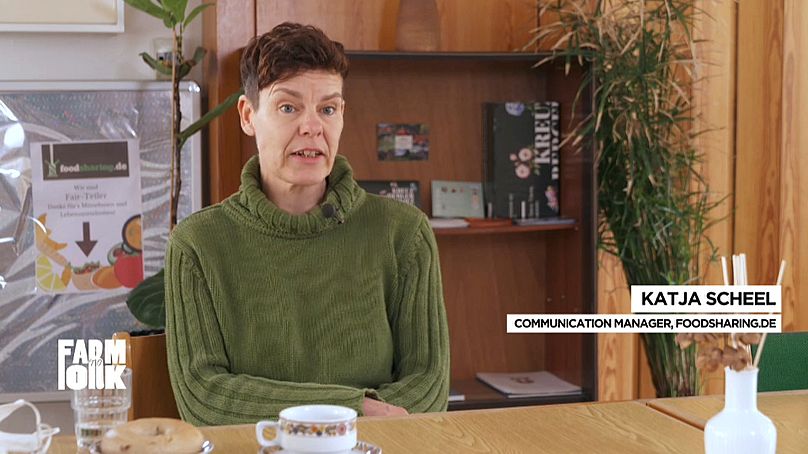 Katja Scheel is the communication manager for this platform. She says that “it’s a completely open movement, anyone can join in, anyone can get involved”. To this platform, it’s important that it’s a “participatory movement”. They currently have over 10,000 active members in Berlin.

One such member is Lena. She joined this ‘foodsharing’ initiative to do something about all the food that is being thrown away and to teach her son about sustainable food handling.

There are ways and means to decrease food waste which, in turn, will lower CO2 emissions and protect the planet. Making food that would otherwise be thrown out into a tasty dish is one of the simplest solutions. It requires little effort, a bit of imagination and as Hanna from Restlos Glucklich says: “saving the planet can taste so delicious”.